FRANKLYWNOW - 900 apply to police academy, down from past years

900 apply to police academy, down from past years 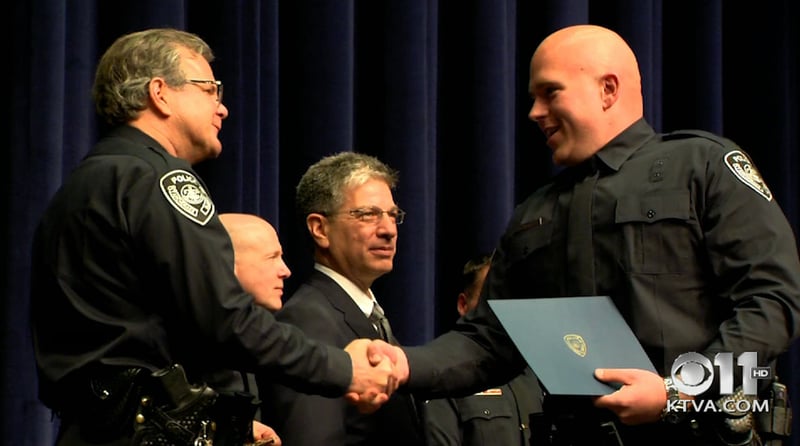 Starting pay for an Anchorage Police Department officer is just under $33 an hour. It’s a major incentive that helped lure more than 900 people to apply for just 28 openings in APD’s June training academy. But Police Chief Chris Tolley said he would have liked to see even more applications.

“We used to have over 1.000 applicants,” Tolley said. “Over recent years – not just here in Anchorage, but nationwide – [we’ve] seen a real decline of the number of people [applying] for the job.”

He said roughly three percent of those who apply are ultimately offered a spot at the academy. Given the number of people who applied, the department should come close to filling all 28 seats in the academy.

Tolley said applicants may be disqualified by failing a physical or written test. Inappropriate social media behavior can also put a hopeful officer out of the running.

“[In] each one of those steps, you lose about half your individuals who participate in it,” Tolley said.

The chief said there is a “possibility” of expanding an academy class beyond 28 people. Moreover, APD could hire as many as 11 lateral recruits who are already officers with other Alaska agencies. That group is planned to go through a training orientation, rather than an academy, in late May. Tolley said he is considering adding another class for lateral recruits later this year.

The application period for the June academy is over. In mid-April, applications become available for the next academy, which begins in November. Tolley said APD has ramped up its advertising efforts and recently debuted a new website.

“This is a great time to step forward and serve your community. At the same time, it’s a great job, and it will prepare you for life,” Tolley said.

Successful applicants to the June academy are expected to receive offer letters from APD mid-May.

Applications are up compared to the last few years, which is great news and should be the focus of that headline. Back around in 2007 to 2008 we used to see really high applicant numbers, well over 1,000.

The post 900 apply to police academy, down from past years appeared first on KTVA 11.