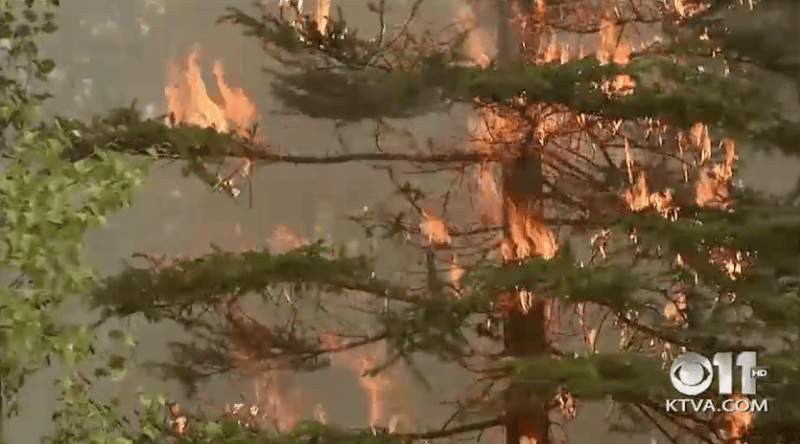 It is still technically winter, but it doesn’t look that way in Palmer. Wildland firefighters are getting ready for what they say could be an early, long and devastating wildfire season.

“We are already in fire season, at least in Southcentral,” said Phillip Blydenburgh, an assistant fire manager with the Division of Forestry.

Crews with the Division of Forestry are back from seasonal leave and have spent the week in a mandatory refresher wildland fire training course. Blydenburgh says its critical they perfect their skills.

Last year, the Sockeye Fire burned thousands of acres and dozens of home in the region. Already in 2016, there have been several small brush fires, including one Thursday night in Palmer. The fire was put out quickly, but fire danger is still high — even small threats pose big potential for danger.

The Division of Forestry is preparing for the worst and hoping for the best. Firefighters said they are keeping a close watch on the weather.

“Some of the stuff is out of our control, such as lightning. But human caused, I would put that message out to be very careful. There’s been no snow, everyone knows that,” firefighter Seth Ross said.