FRANKLYWNOW - Recycling gets expensive for businesses and consumers

Recycling gets expensive for businesses and consumers 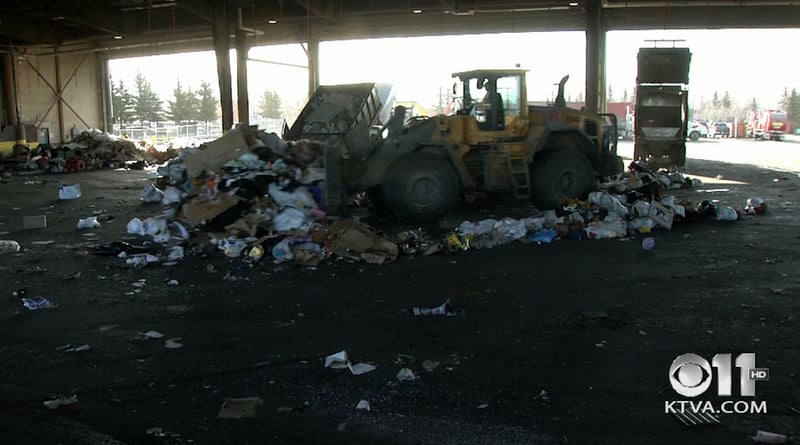 The cost to recycle appliances and electronics has gone up dramatically in recent months and some companies that recycle these items are passing some of those expenses on to their customers.

Total Reclaim is an Anchorage recycling company feeling the pinch. Employee Reilly Kosinski said the problem is two-fold. First, commodity prices — the price companies get for the raw materials extracted from recyclables — are down to some of their lowest levels in years.

“It seems like the perfect storm hit and all the commodities have been dipping all at once,” Kosinski explained.

Added to that, companies still have to pay to ship items out of state where the recycling work is done. To help cover some of the expense, Total Reclaim has instituted a tipping fee of $10 to drop things off, and is charging for some items they never did before.

“We held out as long as we could,” Kosinski said. “But we have to cover that shipping cost.”

“I’ve been surprised at the amount of people that are reasonable with the $25 charge,” Dawson said. “And that just might be because it’s a little more difficult to find people who will take it. $25 isn’t too much, most people just want to get rid of it.”

One place that will take electronics is the Anchorage landfill and transfer station. Customers can’t put those items out with their trash but they can drive them to either location.

Anchorage recycling coordinator Travis Smith said residents can bring one television a day with no additional charge, if it is part of a normal drop-off load, paying the regular charge of $16. If someone comes with a TV and nothing else, the cost is still $16.

But Smith said items dropped off at the landfill won’t be recycled, adding it might be better if they were.

“It would be really nice to recycle a lot of these because they can be reused and they don’t serve a positive function in the landfill,” Smith said.

Local thrift stores will also take electronics but their policies vary on what they will accept. A manager for Goodwill Industries, which is opening a new location in Anchorage soon, said the store will accept all electronics in any condition. He said what they can’t sell, will be recycled.

The post Recycling gets expensive for businesses and consumers appeared first on KTVA 11.