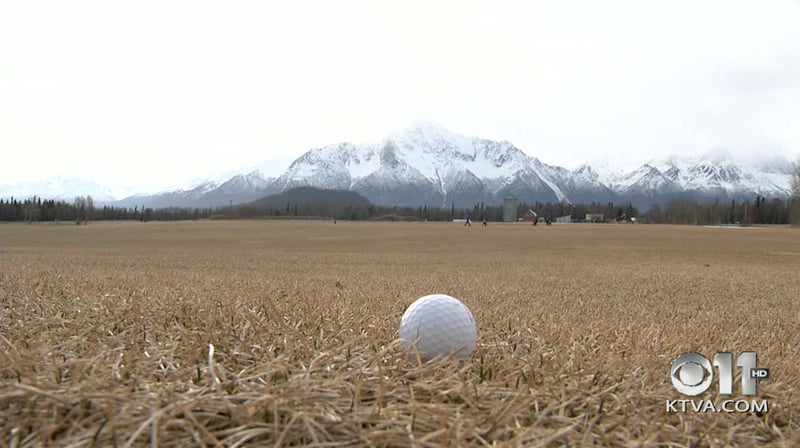 The Palmer Golf Course is breaking records. It opened for the season on March 6, which is earlier than ever before.

Even on a chilly Tuesday, the course was full of people enjoying the game. Golfer Michael Rutledge says right now Palmer is the only place he can play.

“The other courses down in Anchorage don’t open for another month,” Rutledge said.

The Palmer Golf Course doesn’t usually open until mid-April, but unusually warm weather and lack of snow allowed the course to open ahead of schedule.

“It’s great. It can’t get better than this in March,” said another golfer, Sang Lee.

Lee said a little chill in the air won’t interrupt his game. The course is in good shape, although the ground is still frozen and the grass isn’t green.

In order for the Palmer Golf Course to open each day, there can’t be any snow on the ground, not even frost.

Staff said they expect a long season. Last year, the course didn’t close until the end of November.