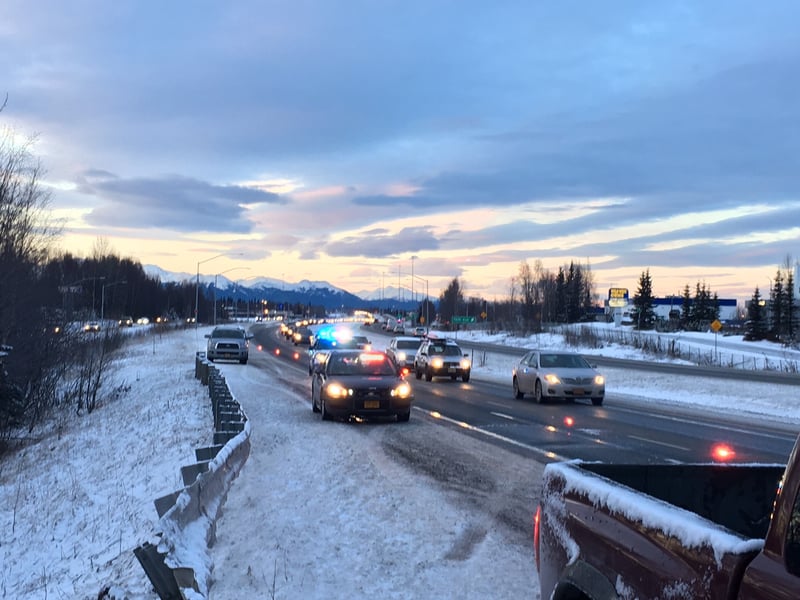 All lanes of the Seward Highway are back open after being closed for an early morning crash.

Anchorage police shutdown one of two northbound lanes of the Seward Highway between Tudor Road and Dowling Road after a crash involving at least three vehicles.

Only one lane open northbound on New Seward bet. Dowling and Tudor as police respond to vehicle collision. Expect delays or use alt route

Morning commuters were advised to avoid the area and take alternate routes.