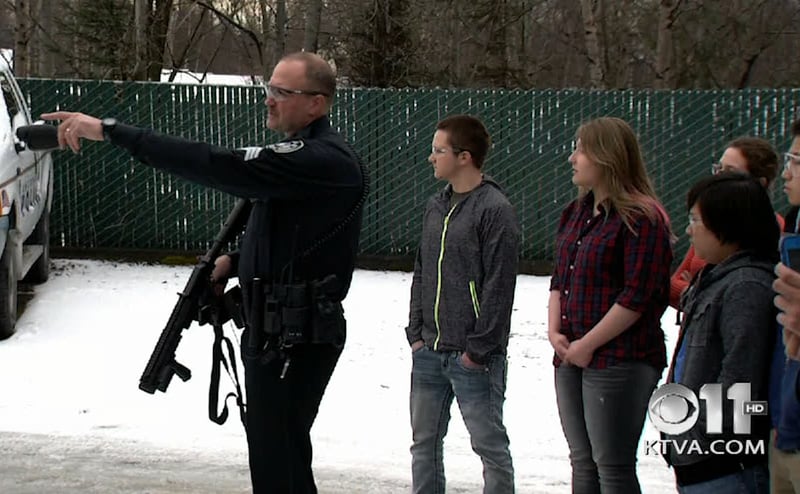 It may sound a little odd, but some Anchorage High School students are spending their spring break with the Anchorage Police Department.

APD’S Youth Academy is exposing teens to what it’s like to be on the force. They’ll cover topics such as drugs, gangs, criminal investigations and firearm safety.

Wednesday afternoon, the focus was on the non-lethal tools officers use to try to resolve conflicts.

Sgt. Shaun Henry taught the class of about 30 juniors and seniors. He demonstrated how Tasers and baton guns work and what situations they would used in.

Bartlett High School junior Alexis Arnold said her mom convinced her to join the youth academy, and she’s glad she did.

“I’m taking away a new perspective on the police department,” she said. “I didn’t really know much about it at first and I came here to learn about it and they’re giving me a lot of information. I’m actually considering joining APD when I’m older now.”

There was a wait list to get into the APD’s Spring Break Youth Academy, but the department plans to hold another one in the fall.

APD Chief Chris Tolley and Colton Hittle from Chugiak High School joined KTVA 11’s Daybreak Thursday for “Cup with the Chief” to talk about the Youth Academy. Watch the video below for more.