Hydroponic farm up and running in old Matanuska Maid building 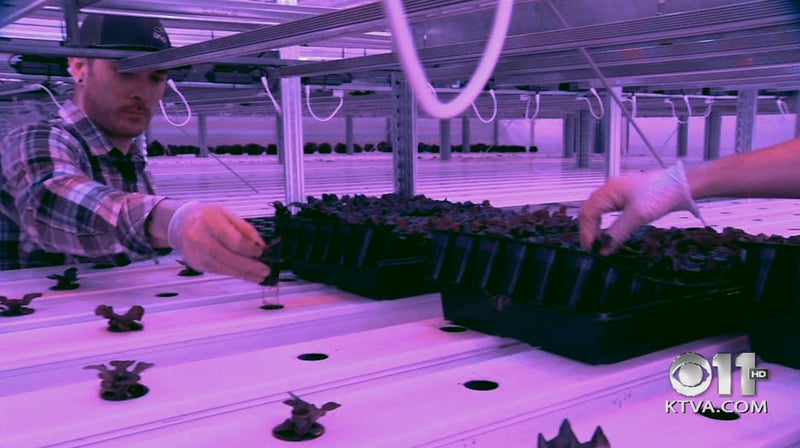 When you picture produce that’s “Alaska grown,” you probably don’t think of plants growing in a warehouse. But that’s exactly what one local company is doing.

Owner Jason Smith said they use an organic hydroponic system to grow eight varieties of lettuce and three kinds of basil. Smith said at peak production, they can grow 20,000 plants a month.

The company made its first commercial sale three months ago. Smith said local restaurants have been his best buyers, although their basil is available at Carrs stores and New Sagaya.

Smith said he’s been pleased with sales so far, but the company has bigger plans.

“I genuinely want to grow this company to a size and scale where we can have an impact on all Alaskans,” he said.

Smith said he wants to provide healthy organic food that doesn’t have to be shipped to the state from outside.

“If we can get people comfortable with the idea that you can get not only great quality but better-quality produce that’s grown locally indoors organically… I think it’s going to change the mindset,” he said.

Smith said he hopes his operation is the first of many that redefines the term Alaska grown.

The post Hydroponic farm up and running in old Matanuska Maid building appeared first on KTVA 11.