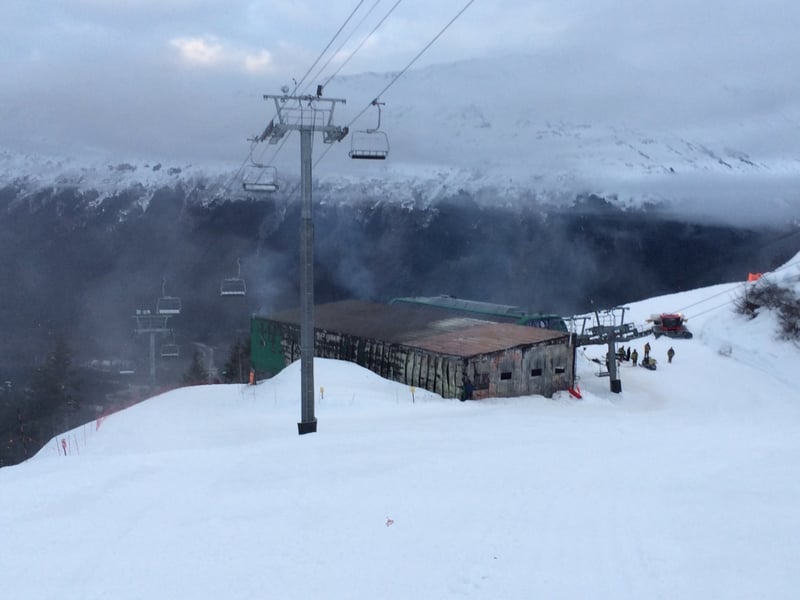 Firefighters used a few unique techniques to fight a fire in Girdwood Thursday morning. The fire has delayed skiing operations at Alyeska Resort, according to a release.

Girdwood Fire Department crews took a snow cat to the upper mountain chairlift, known as Chair 6, at Alyeska Resort around 5:30 a.m. Thursday. When they got to the scene of the fire, crews used a snow-making system for a water source.

The fire began in a storage barn near the Glacier Bowl Express chairlift. GFD was able to keep the fire contained in the corner of the barn, away from the lift. There were no injuries reported in connection with the fire and the amount of damage is being determined.

“We are actively investigating the cause of the fire and will know more details later today when investigators can access the scene,” said mountain general manger Di Whitney in the release. “We are grateful for the speedy response and support from Girdwood Fire Department which did a fantastic job putting out the fire.”

All resort skiing operations have been delayed until at least 1 p.m., the resort says. Whitney said skiers and snowboarders will be notified when they will be able to access the mountain.