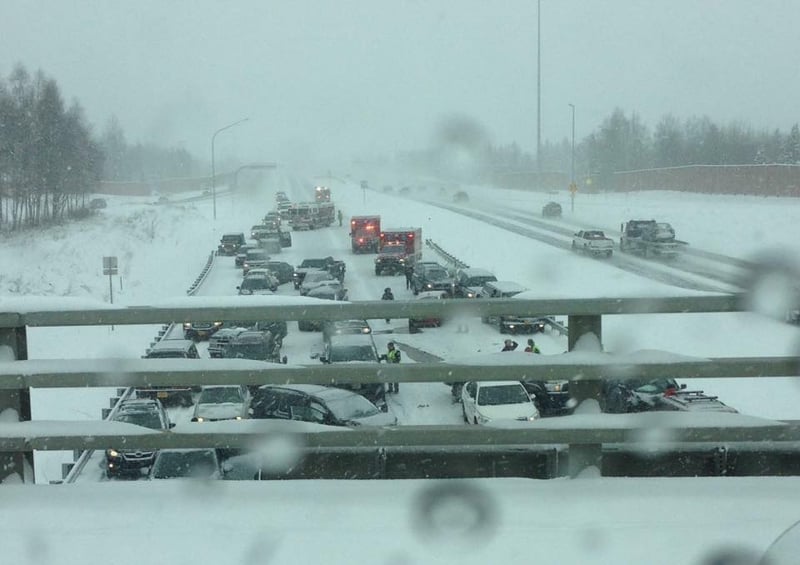 Crash on the Seward Highway

At least 13 vehicles were involved in an initial crash, according to emergency dispatchers. The first crash was reported around 1 p.m.

Another crash on the northbound-side highway closer to the Dimond Boulevard exit involved around 20 vehicles, police said.

Just before 3 p.m., another crash on the southbound side of the highway was reported. Police said multiple vehicles were involved in that crash as well.

A police dispatcher said the crashes were made worse by drivers “going full speed” on the highway coming up on the crashes and then “not being able to stop because of the conditions,” adding to the pileup. Police are asking drivers to slow down and take their time getting to their destinations.

Some of the people involved in the crashes have been injured, but only minor injuries were reported, according to police.

Police said sand was later put out on the roadway.