FRANKLYWNOW - Early voting for April election kicks off in Anchorage

Early voting for April election kicks off in Anchorage 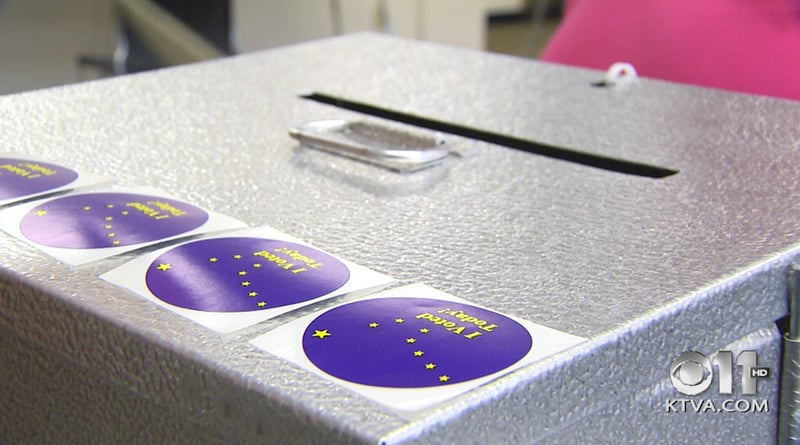 Early voting kicked off Monday ahead of the April 5 municipal election in Anchorage.

There’s one location change voters need to know about: the Loussac Library is still a polling place, but instead of the lobby outside the Assembly chamber, the polls are now in the Wilda Marston Theater. Construction on the library forced the change.

Deputy clerk Amanda Moser said anyone planning on voting at the library should use the Denali Street entrance. She said it is well marked.

“We’ve worked hard to make sure there’s signage as folks come in to know where it is because it is a little bit different,” Moser said.

Turnout is usually low for local elections, but volunteers at the library said that wasn’t the case Monday.

Mayor Ethan Berkowitz was among those voting early. He said there are a lot of important issues on the ballot, including Assembly and school board seats, a marijuana tax and bond questions.

“We have a chance to chart where the municipality is going to go, how we’re going to respond to what’s going on at the state level, choose some candidates, support some bonds, oppose some bonds, whatever people want to do,” Berkowitz said.

Moser said there are 48 different ballots, depending on precincts and service areas. The mayor said each one of those ballots matter.

“Individual votes can make a difference,” Berkowitz said. “They can swing an election and it’s really critical for people to understand that every vote is a voice and every voice counts and is counted.”

Early voting will run through election day. Registered voters can vote at the Loussac Library seven days a week. Hours are Monday through Saturday, 10 a.m. to 6 p.m. and Sunday, noon to 5 p.m.

Voting is also open at City Hall Monday through Friday, from 8 a.m. to 5 p.m.

The Chugiak/Eagle River Senior Center will open for early voting next week.

The post Early voting for April election kicks off in Anchorage appeared first on KTVA 11.