FRANKLYWNOW - AFD, APD respond to fire at apartment complex near Spenard and T

AFD, APD respond to fire at apartment complex near Spenard and Taft 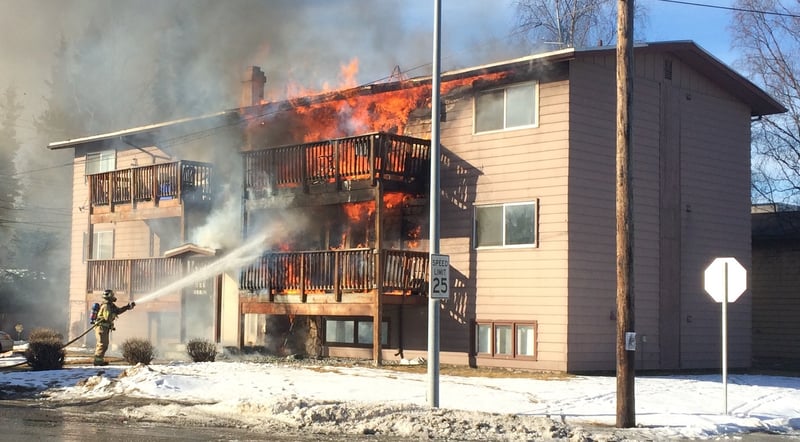 A Wednesday morning Spenard area fire left between 18 and 25 people displaced, but by late-afternoon the cause of the blaze remained under investigation, Anchorage Fire Department fire marshal Cleo Hill said.

AFD was notified of the blaze at 10:47 a.m. at 3806 Taft Drive, near Spenard Road. First responders from Fire Station 5 were there within “seconds,” Hill explained.

The fire was contained by 11:38 a.m., AFD wrote in a release. No one reported injuries.

Hill added that Red Cross of Alaska is working with displaced residents.

“We don’t know who they are, where they came from, or where they went,” Hill said. “After they did their good deed they disappeared. We would love to say ‘thank you.’

The post AFD, APD respond to fire at apartment complex near Spenard and Taft appeared first on KTVA 11.