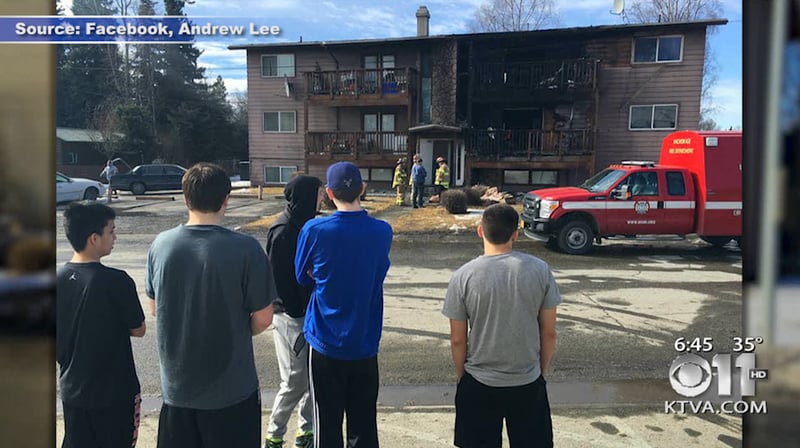 “Proud. Exhausted. Sitkastrong” — those are the feelings summed up by one coach after his team helped evacuate families from a burning building in Spenard Wednesday.

The Anchorage Fire Department was notified of the blaze, near the corner of Spenard Road and Taft Drive, just after 10:30 a.m.

A post on Facebook from Andrew Lee, who coaches the Sitka High School boys basketball team, describes the early moments of the rescue effort:

No words to describe what just happened!

In the post, Lee says the team beat on the windows of the six-plex to alert residents of the fire and then guided them to safety.

Photos on the coach’s Facebook page show the building engulfed in flames with fire crews rushing to help.

AFD is calling the Sitka team “heroes on and off the court.” Their brave actions are being shared all over social media, even getting a shout-out from Alaska Gov. Bill Walker, who posted, “I am extremely grateful and humbled by the heroic and life-saving actions of the Sitka high school basketball team.”

The team is in Anchorage competing in the state high school basketball state championship and, according to the Alaska School Activities Association (ASAA), the Sitka boys’ team has a quarter-final game Thursday night at 9 p.m. against Grace Christian.