FRANKLYWNOW - Motorcyclist hospitalized after collision with car on Lake Otis

Motorcyclist hospitalized after collision with car on Lake Otis 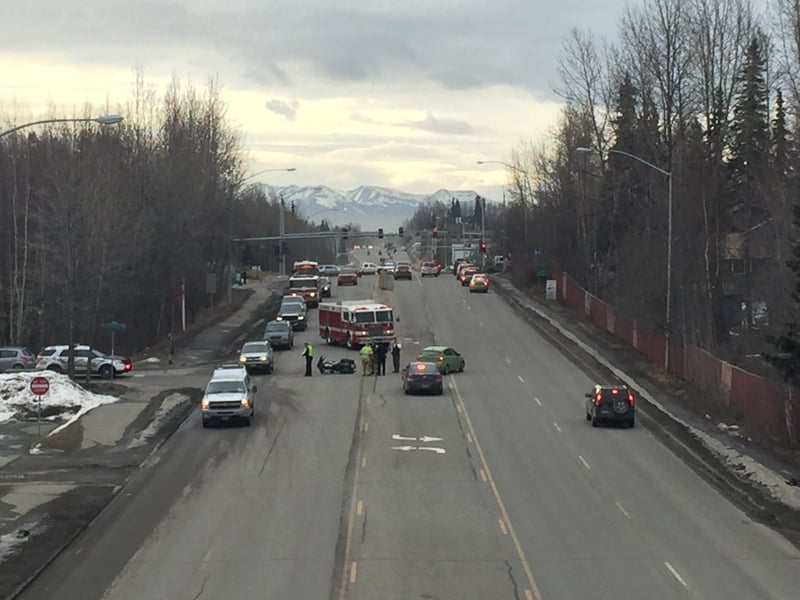 Anchorage police and fire departments responded to a crash involving a motorcycle and a car at the intersection of Lake Otis and West Campus Drive late Thursday morning.

An Anchorage Police Department officer on scene said it appeared the driver had pulled into the middle turn lane and failed to yield before turning left on West Campus Drive, forcing the biker to slam on his brakes. The motorcyclist hit the rear passenger side of the car.

Emergency crews temporarily closed the left, northbound lane of Lake Otis. All lanes have been reopened.

The motorcyclist sustained injuries to his face that were not life threatening and was taken to a nearby hospital, according to police. An officer on scene said the motorcyclist was wearing a helmet at the time of the crash.

The driver of the vehicle, a young adult female, was cited for failure to yield to oncoming traffic, according to APD spokesperson Jennifer Castro.

“As we approach spring break up, this is a good reminder to motorists to be aware of motorcyclists and bicyclists on the roadways,” Castro wrote in an email Thursday.

The post Motorcyclist hospitalized after collision with car on Lake Otis appeared first on KTVA 11.