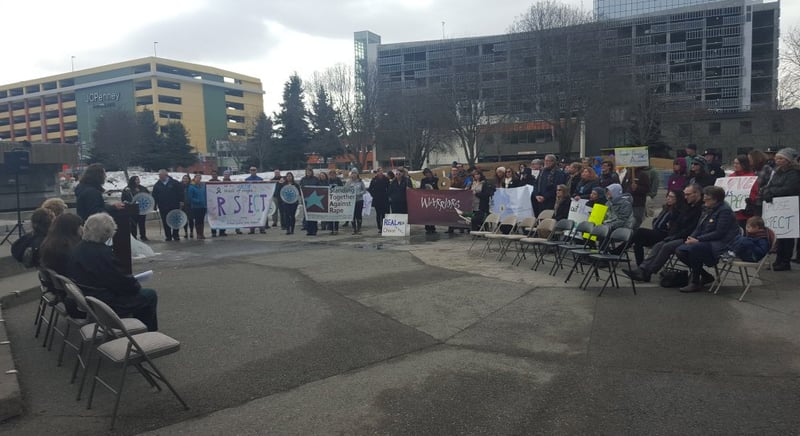 People walked from the park strip to Town Square Park. Organizers say it’s a way to let abusers know there are people in the community watching and ready to speak out.

“Getting victims comfortable with the places that they can go to receive help and letting them know that there are people willing to help them — that’s how you make change,” said Zonta president Shelli Cutting. “Alaska tends to continually be ranked one of the highest states in the nation for violence and there’s no other way to stop it unless people get involved.”

The Choose Respect campaign is also taking part in the Clothesline Project, where victims of abuse find healing by sharing their experience and feelings about their assault on T-shirts. Shirts from local victims were displayed at the march.

Correction: The women’s group Zonta that puts on the Choose Respect march was originally referred to as Zolta. This has been corrected.