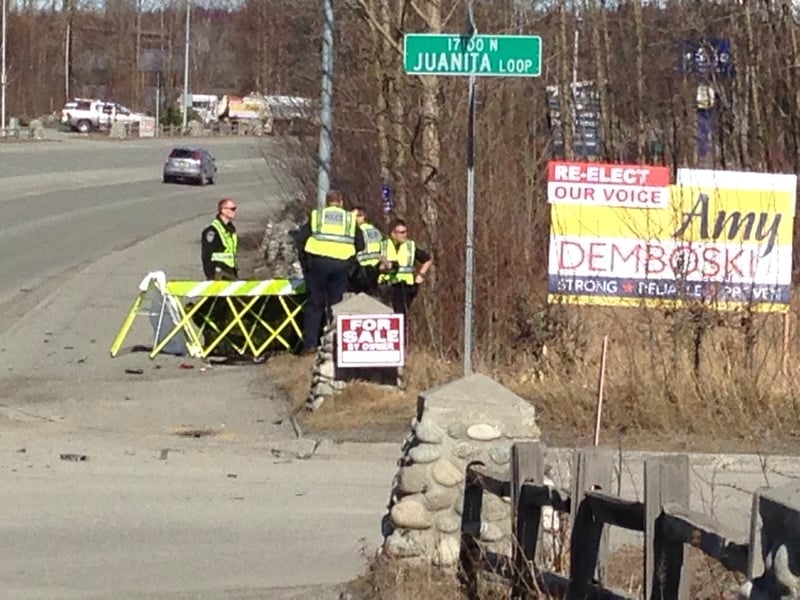 The motorcyclist who was killed Friday afternoon in an Eagle River collision had been traveling at a high rate of speed and had just eluded police minutes before the crash, the Anchorage Police Department said Friday evening.

According to APD, around 1:10 p.m. police were dispatched to the incident on the Old Glenn Highway, near Carl’s Jr. But shortly before the crash, the motorcyclist, identified by police as 43-year-old Victor Boneta, had been seen on radar traveling more than 100 mph.

An officer attempted to pull Boneta over, but was unsuccessful, police wrote.

A police officer attempted to perform CPR on Boneta, but his efforts were unsuccessful. He was pronounced dead at the scene by medics.

The driver and sole occupant of the truck was not injured. The driver also stayed on scene and cooperated with police.

APD said they are continuing to investigate the crash. According to police, the “license plate on the motorcycle showed up stolen in police records.”

Boneta’s next of kin have been notified of his death, police said.