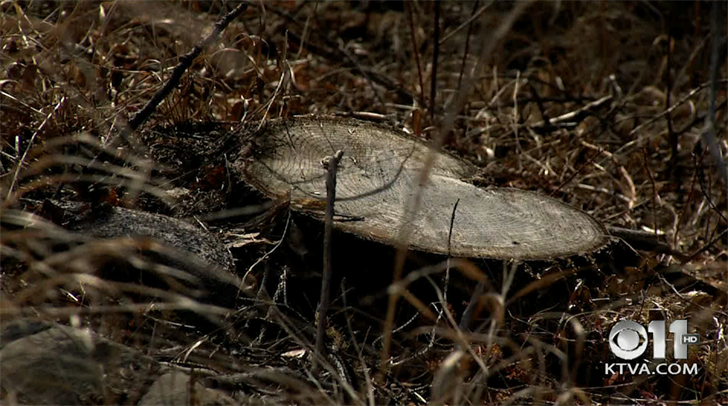 Every April 1, the Anchorage Fire Department allows people in certain areas to burn yard waste. But this year, the department is canceling spring burning – a period that lasts 10 days – citing a lack of snowpack.

“We expect to have some challenging firefighting conditions,” said AFD Forester John See.

He said dry grasses are prominent throughout town. If ignited, they allow for fire to spread quickly.

“A fire in an area like this is going to double in size every couple of minutes,” said See, referring to a forested area near Campbell Airstrip.

There are several ways to protect a home from a wildfire. AFD recommends clearing flammable yard waste from within 30 feet of the house. The department also says replacing a wooden roof with a more fire-resistant type will significantly reduce the chance of losing a house to fire.

“I didn’t like parting with the trees, and I like the shakes, but frankly, I’d rather have a place to live in,” Kullberg said.

He said after living in the house for more than three decades, the spruces had become like family. But after last year’s dry winter, it was time to say goodbye.

“I’m glad I did it. In fact, I like the open space now,” Kullberg said.

He also cleared out the lumber from underneath his porch.

“People love to stack the wood under their deck,” See said. “We want to see that [area] completely cleared out.”

The April burn period applies to the Anchorage Hillside and portions of Eagle River and Chugiak. Generally speaking, only contained fires – like chimeneas – are allowed. AFD allows exceptions on certain days.

The department provides daily updates on which types of burns are allowed through its burn hotline, which can be reached by calling 907-267-5020.