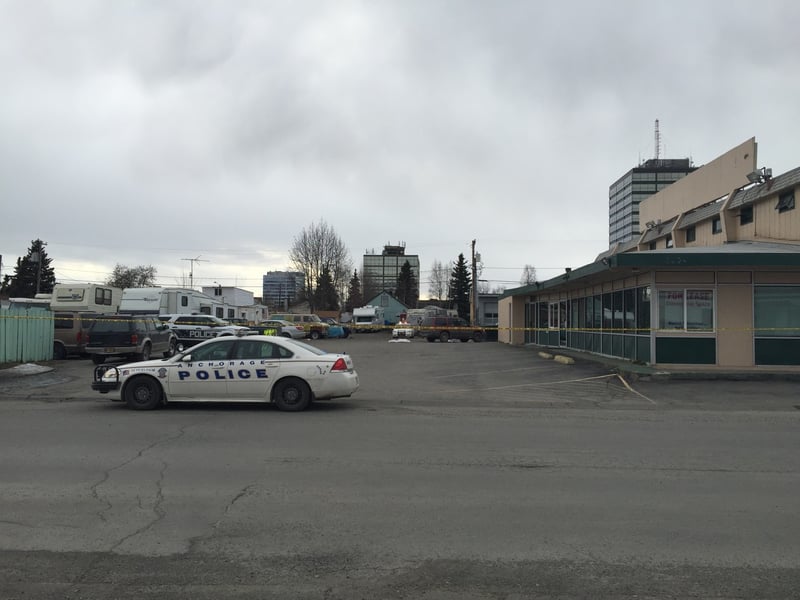 The unnamed victim in Tuesday’s shooting is still in critical condition at a local hospital, according to Anchorage Police Department spokesperson Jennifer Castro.

As of 10 a.m., no arrests or charges have been made and police are still looking for information from the public.

The Anchorage Police Department was called to the scene of a shooting on Fairbanks St. in the Midtown neighborhood early Tuesday evening.

According to a release sent by APD, one man was shot multiple times and taken to a local hospital. He is reported to be in serious condition.

“The suspects, initially described as one white male and one black male, left the area in an unknown vehicle,” police wrote in the release.

The shooting happened around 6 p.m. in a parking lot near the 2600 block of Fairbanks St., between Northern Lights Blvd. and Fireweed Ln. No additional details were immediately given by police.

Anyone with information about the shooting may contact Anchorage CrimeStoppers by calling 561-STOP.