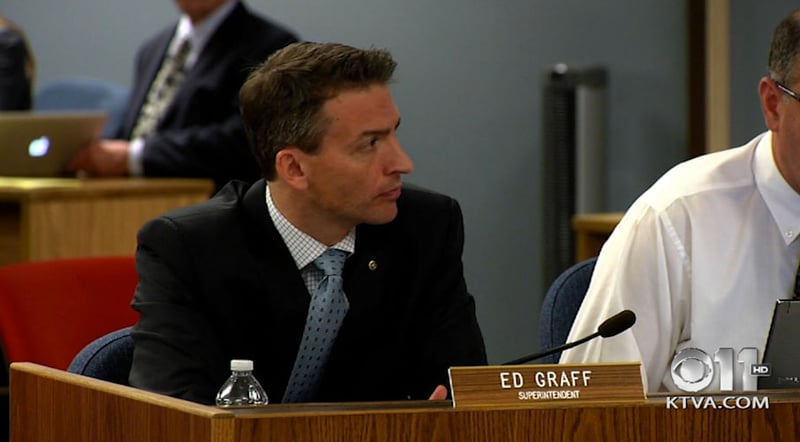 Anchorage voters were generous with their money in Tuesday’s election except when it came to the Anchorage School District. The district’s bond package was the only one that didn’t pass. Superintendent Ed Graff said he was disappointed with the results and is eager to find out why.

“Perhaps it was because our bond package was too costly, we didn’t get the reimbursement from the state or even the financial uncertainty with the situation that’s going on in the state right now,” Graff speculated.

The nearly $50 million bond package would have covered things like upgrades to security cameras, replacing roofs, buying new school buses, even making some schools safer during earthquakes. Graff said it’s likely some of the projects can’t wait till next year and the district will have to prioritize.

“Should we be looking at safety security cameras versus roof replacement?” he asked. “I mean those are both significant needs that we have, but we might have to reprioritize those and move forward with those that are most critical at this time.”

Graff said money to fund essential projects might have to come from the general fund, which could affect the classroom.

“We have to make sure those needs are addressed and if we aren’t going to address them through a bond then we are going to have to look at other sources,” Graff said. “That’s our general fund and that’s where we have in the past been able to target our money specifically to support students and teachers.”

Late Wednesday afternoon, the Anchorage Municipal Clerk announced there are 2,154 ballots that have yet to be counted. The school district bond is trailing by 1,024 votes which means it is possible the bond package could still pass.