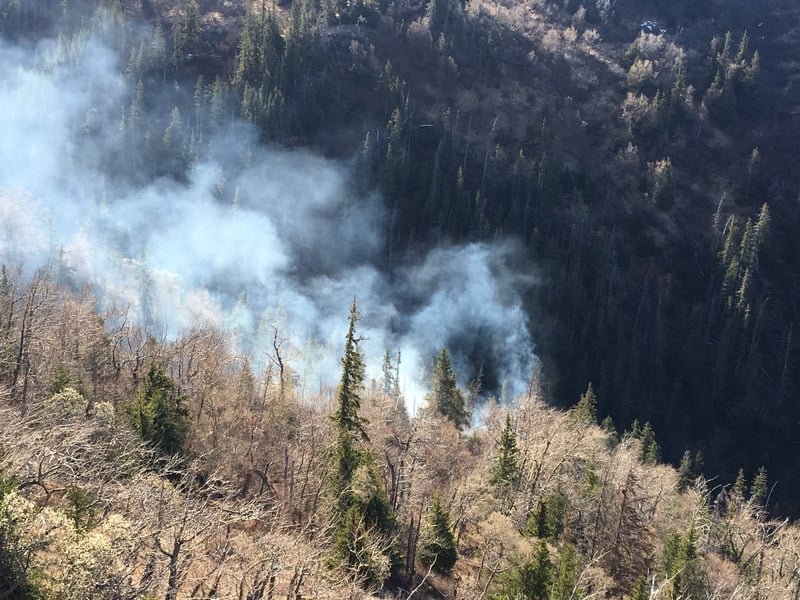 A small wildfire on the McHugh Creek trail system is burning Thursday, but there is little to no threat to people or homes, according to the Anchorage Fire Department.

AFD crews responded around 10 p.m. Wednesday to the fire, reported to be around 1 to 2 acres in size, on the north side of the trail system. The department’s release states the fire is located at least 45 minutes up the trail and did not appear to be growing rapidly. AFD said the Division of Forestry was immediately notified of the fire.

Due to the location, darkness and weather conditions it was determined the Division of Forestry would respond early Thursday to extinguish the fire. According to a Thursday afternoon release, two engines from the division responded.

A four-person crew arrived around 11:30 a.m. and began working to contain the fire, which was determined to be located on the Homestead Trail that leads to private property and is lower in elevation than the Rabbit Creek Trail. Winds were pushing the fire northeast, but the half-acre burn stayed small in an area of grass and spruce.

A crew member told KTVA they would be calling in another four firefighters to contain the fire and would be working to the end of the day to do so. The afternoon release stated the fire is expected to be out Thursday or early Friday.