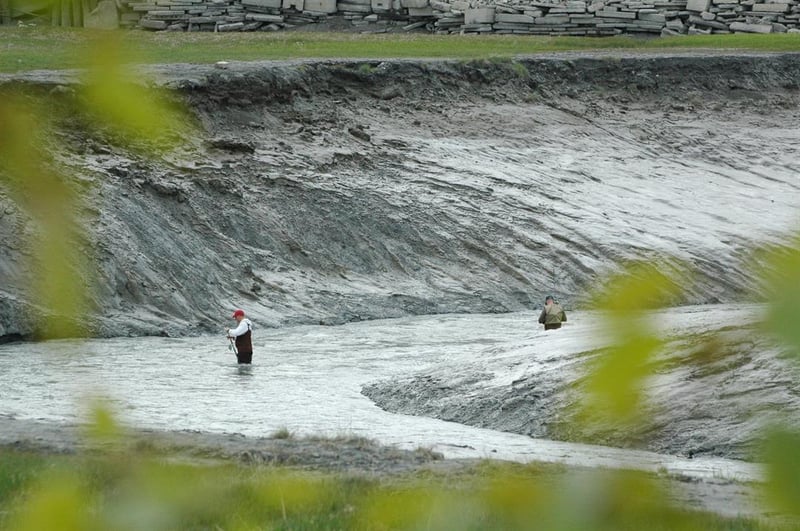 ANCHORAGE — Upgrades to Ship Creek won’t be ready when the king salmon start to run.

King fishing season on Ship Creek begins in about a month, but a Municipality of Anchorage project to improve the area is running behind and won’t be open in time for the crowds of fishermen.

Phase one of the improvements was in place last year. They made it easier to get to the creek and fish. Phase two, called Kings Landing, incorporates a bathroom, fish cleaning table, boot shower and rain garden.

The project was due to be complete in the fall, but representatives with Public Works say the project ran behind.

That doesn’t matter to people who live and work in the area. Jeff Chen works near Kings Landing and says recent upgrades have made the area more accessible.

“Hopefully it will bring more people down to this area because there’s some cool shops here. We’ve got Alaska Geographic and the Student Conservation Association and then The Bridge and The Ulu Factory,” said Chen.

Even though the new amenities won’t be ready when the kings start running in late-May, Alaska Geographic retail operations director Amanda Kramer says she thinks foot traffic will increase.

“I think it’s definitely going to help encourage people to come and visit the location, but also kind of come to our store,” said Kramer. “Lots of local fishermen and local traffic, but also tourists coming and exploring our beautiful state.”

Chen says, for him, having a nice place to enjoy the outdoors is what matters most.

“Being outside, it’s a great part of your life and if you don’t have access to national parks and national forests and stuff like that, having these urban parks are really important in town,” he said.

Public Works hopes to have a dedication ceremony officially opening Kings Landing at Ship Creek towards the end of June.