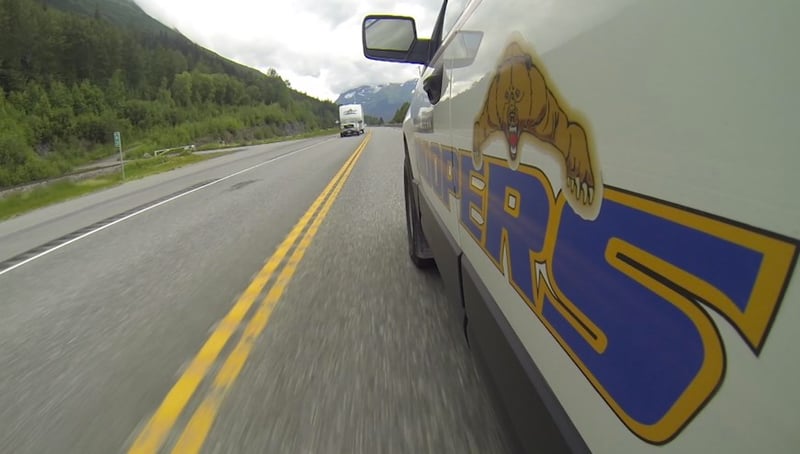 A Wasilla man was trapped in his overturned truck for six hours Sunday before he was found and rescued.

Alaska State Troopers were called to Milepost 17 on Point Mackenzie Road in Wasilla around 4:30 p.m. when someone finally spotted the overturned Ford F-250. They found 41-year-old Michael Chadwick trapped inside with “serious but non-life threatening injuries,” according to an online dispatch.

According to troopers, Chadwick “drove off the roadway, down an embankment and overturned his vehicle onto the roof.”

Chadwick was extricated and flown to Providence Medical Center in Anchorage for treatment of his injuries.

Troopers were not immediately available to comment on their investigation of the crash, which the dispatch said was ongoing.