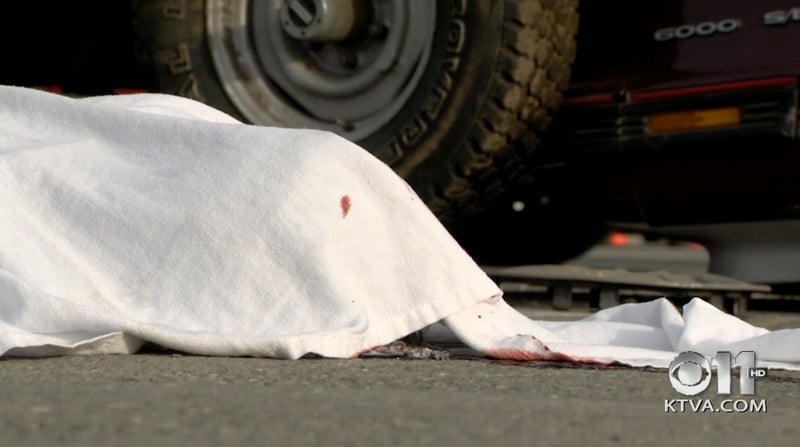 Amid screams and a mock 911 call, teenagers at Service High School learned the sobering truth about drunk driving.

“It’s a little bit emotional and scary to see it unfolding,” one student said.

A drunk driving crash was set up in the school’s parking lot to look as realistic as possible. Police and paramedics responded as if it was real, and student actors demonstrated the consequences of getting behind the wheel while impaired.

“We had a young lady who was driving this Suburban and she is believed to have been impaired by alcohol,” explained Anchorage police officer Goetz.

The simulation was part of the “Every 15 Minutes” Program, which gets its name from the 1990s statistic that every 15 minutes, someone in the United States dies in an alcohol-related crash.

In the Service High School scenario, firefighters used the Jaws of Life to rescue crash survivors, but three teenagers were killed.

“It is really sad and it is also very scary because I know it happens every 15 minutes. It seemed very real, especially when they brought the parents,” said student Tabitha Silver.

Parents arrived on scene to identify the bodies lying in the school’s parking lot. Rita Sevcik’s daughter was acting as one of the deceased.

“You know the parents never get to see their kids grow, see them get married. It’s very tragic and sad that stuff like this happens today,” Sevcik said.

Students watched as one of the car’s drivers, their classmate, was arrested. She was charged with three counts of manslaughter and brought to court for a mock appearance.

“It scared me a little bit so I will never drink and drive,” said student Mark Hogan.

Tomorrow the school will host a mock funeral for the victims of the simulated crash. Students will also hear from the family of Jordyn Durr, who would have graduated from Service this year. She and Brooke McPheters were 15 years old when they were killed by a drunk driver in South Anchorage.