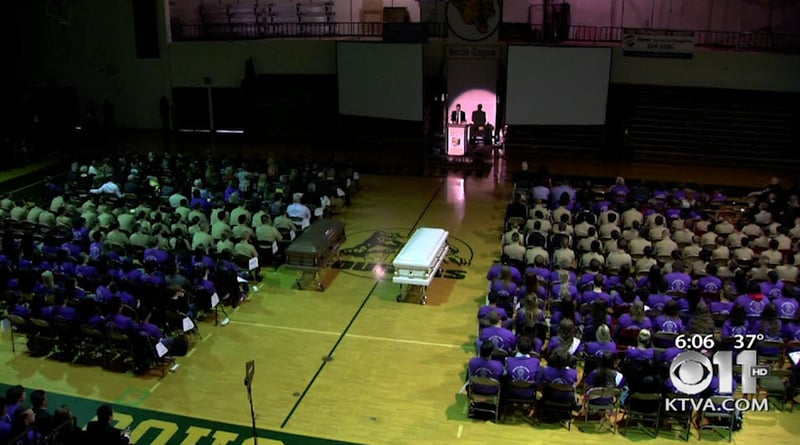 ANCHORAGE — It’s rare to hear silence inside of a high school, but students at Service High School stood still as two empty caskets were brought into their school’s gym.

Wednesday, students witnessed a simulated car crash caused by a drunk driver. Their school and the Anchorage Police Department held mock funeral was held to remember the victims Thursday.

“It just makes it so real,” senior Morrigan Kellen said.

The memorial service was part of the “Every 15 Minutes” program, which is based on the 1990s statistic that every 15 minutes someone in the United States is killed by a drunk driver.

Linda Biegel’s daughter acted as a victim in the simulation.

“Statistics don’t pick and chose who they want. It can be anybody,” Biegel said.

A police chaplain even went to her husband’s work to tell him his daughter wouldn’t be coming home. He knew about the simulation before hand, but says it still felt very real.

“They basically said your daughter has been involved in an alcohol-related accident and she died at the scene,” Josh Biegel said.

He responded to the crash that killed 15-year-olds Brooke McPheters and Jordyn Durr on August 9, 2013.

“I sat in my police car praying out loud for the strength to get me through this,” McKinnon said.

Durr would have been a senior at Service High this year.

Her mother, Dayna Durr, shared the story of her daughter’s death with the students that would have been her classmates.

“Through his alcohol-induced road rage, he lost control of his truck then struck and killed them instantly,” Durr said.

She hopes her family’s tragedy will remind people to always drive responsibly.