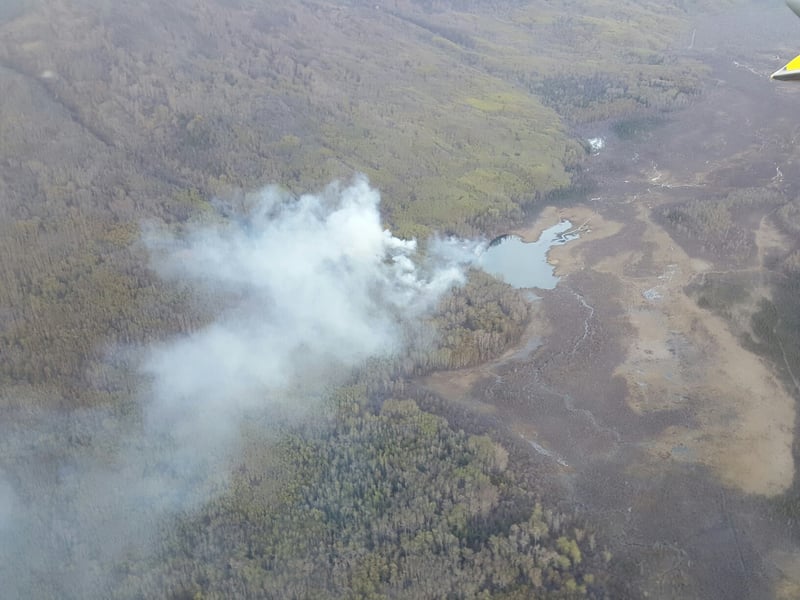 A 25-acre wildfire near Palmer has been fully contained by firefighting personnel, according to the Alaska Division of Forestry (DOF). Officials have called the fire the “first significant wildfire” of the 2016 season.

The fire originated near the Knik River Saturday evening, and while smokejumpers weren’t able to get to the site until Sunday, the fire did not grow, largely due to wet and steep terrain. The fire was officially declared contained at 4:26 p.m. Tuesday, and demobilization efforts began.

“State Forestry will continue to monitor the fire from the air in coming weeks,” a DOF statement said.

No structures were damaged by the fire and no injuries were reported. DOF spokesman Tim Mowry said the fire was started by humans, but the exact origin of the fire had not been determined by Wednesday.