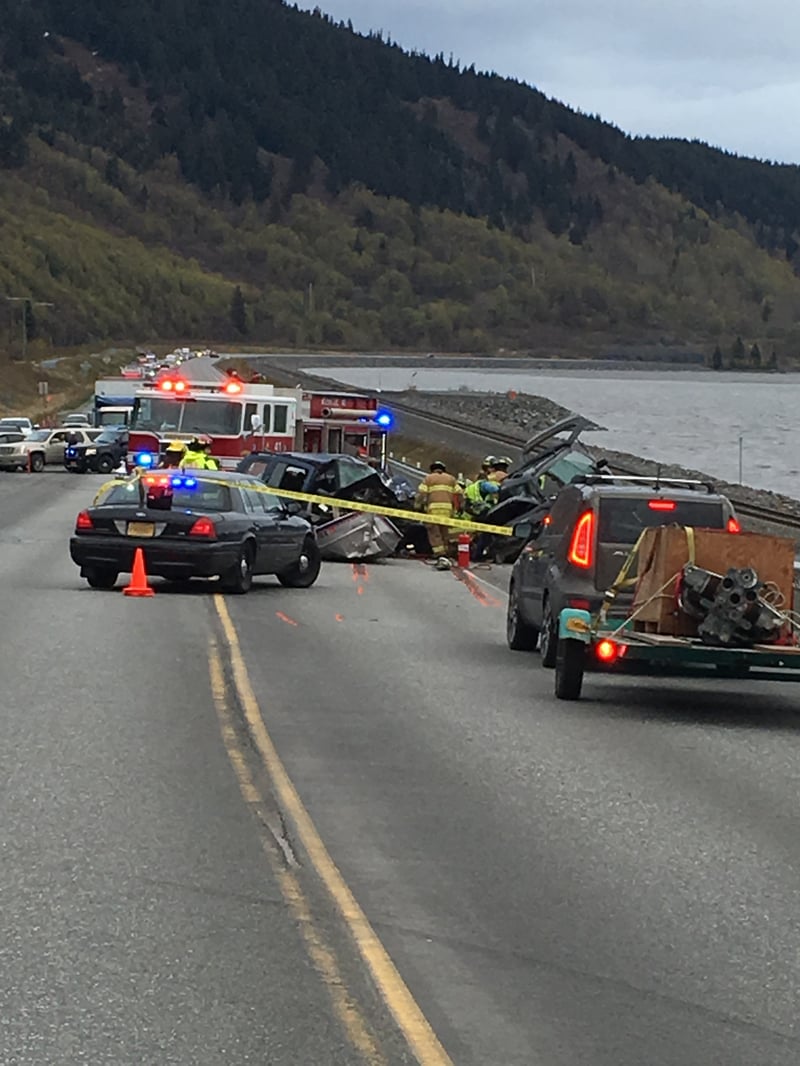 Alaska State Troopers have identified the people killed in the collision as 36-year-old Jackson Moore and 25-year-old Cherise James, both of Kasilof. James was the Subaru driver and Moore was the passenger, the agency said.

Alaska State Troopers responded to a wreck at Mile 99 of the Seward Highway, north of Girdwood, Friday evening that claimed the lives of two people.

The crash occurred just after 7 p.m., according to troopers. Few details were immediately available, but trooper spokesperson Megan Peters confirmed at least one fatality around 8:30 p.m. Friday. Saturday morning, troopers announced the death of two people — the female driver and the male passenger of a 1999 Subaru Forester. Both were declared dead at the scene and their identities are being withheld pending notification of their families.

Troopers said the collision occurred when the Forester, traveling northbound, crossed the center line into oncoming traffic. A 2003 Chevrolet Express van in the southbound lane, driven by 61-year-old Rodelo Susa, “took evasive action” but was struck by the Subaru, causing it to run off the road, troopers said. The Subaru continued moving and collided head-on with a 2004 Jeep Liberty that was towing a boat.

Troopers said 29-year-old Joshua Lacey was driving the Jeep, and his passenger, 48-year-old Wendal Booth Jr, was injured. Booth was taken to Alaska Native Medical Center in Anchorage for treatment of his injuries, the extent of which was not immediately known.

Everyone involved was wearing a seatbelt, according to troopers. Their investigation into the crash is ongoing.

Another fatal crash was reported on Point Mackenzie Road before the Seward Highway collision. The driver of the only vehicle involved in that crash was ejected from her vehicle and died at the scene.