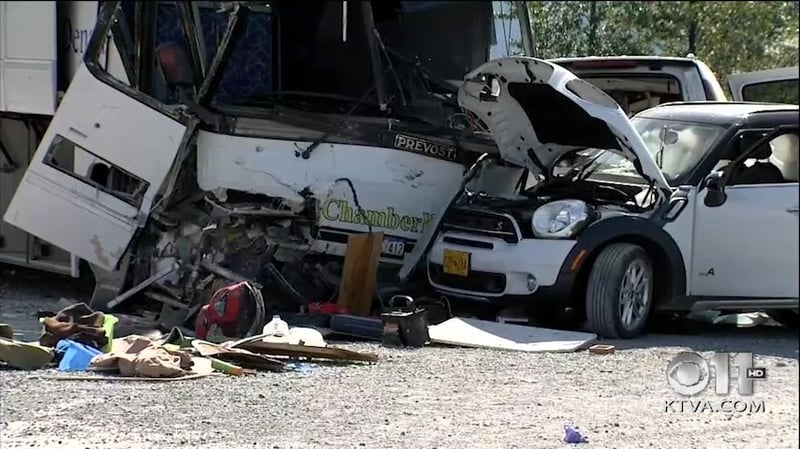 The Alaska State Troopers issued an update to the letter sent to Anchorage Police Chief Chris Tolley and provided to Girdwood residents at a recent meeting.

The latest letter did not clearly differentiate between criminal and traffic-related coverage, and AST spokesperson Megan Peters acknowledged that troopers will continue to have a presence on the Seward Highway after June 30, but said it will be focused only on traffic-related response.

“We are patrolling the highway,” Peters said in a phone conversation Wednesday. “We will have three highway patrol troopers that will be working on that stretch of roadway, and when they’re on duty, they’ll be responsible for traffic-related incidents.”

She confirmed troopers will respond to criminal and other non-traffic incidents while on-duty, but said they would only secure the scene until other authorities could arrive.

“Public safety is paramount,” said Peters. “It’s not a free-for-all.”

However, troopers will not respond to crashes or any other traffic-related events while not on-duty, Peters confirmed. She could not confirm the hours troopers would be on-duty, and admitted there would be gaps in coverage.

“When troopers are on-duty, we will respond. When we are not, that’s what the municipality, and Girdwood … they’re figuring out what they’re gonna do,” said Peters.

The State of Alaska and the Municipality of Anchorage are battling over who is responsible for a section of one of the state’s most dangerous highways.

In a letter to Anchorage Police Chief Chris Tolley, Alaska State Troopers director Col. James Cockrell said they’re handing over 36 miles of the Seward Highway — extending from McHugh Creek to Mile 75 — to the Anchorage Police Department to patrol when they pull out of Girdwood at the end of June.

Tuesday, Anchorage Municipal Attorney Bill Falsey responded to an email from KTVA about where the municipality stands on providing police coverage for the stretch of road, which is a safety corridor:

He explained that while the portion of the highway is in the Municipality of Anchorage, the service area ends at McHugh Creek.

The Seward Highway is known for its scenic views, but it might have an even stronger reputation for its deadly crashes. Just last week, two lives were lost at Mile 99. Last summer, a tour bus carrying 42 people was involved in a pileup that left an Anchorage man dead and others injured.

At a public safety meeting in Girdwood Monday night, a resident asked for a show of hands of people who’ve lost friends on the Seward Highway. More than half of the hands in the room shot up, a reminder that the people who die on that stretch of road are family, friends and neighbors.

But now, Alaskans want to know: Who will respond if they need help?

The Attorney General’s Office issued a copy of a letter addressed to Falsey saying they stand behind troopers, and an Alaska Supreme Court decision that says troopers having to enforce criminal laws throughout the state is “not mandatory.”

“The state doesn’t get to step away from its responsibilities just because it wants to,” said Anchorage Mayor Ethan Berkowitz. “The state has constitutional obligations. It has to fulfill them.”

He said the state has a responsibility to police and patrol its state highways, and his officers don’t have the authority to.

“Alaska’s better than this,” he said, adding the municipality will continue to fight the state on this issue. “I’ll take my lawyer over the governor’s lawyer any day of the week.”

The municipal attorney will draft a response to the Attorney General’s letter. Meanwhile, the clock is ticking to get the issue settled before troopers pull out of Girdwood at the end of June.

The post ‘We are patrolling the highway’ AST clarifies its coverage of Seward Highway appeared first on KTVA 11.