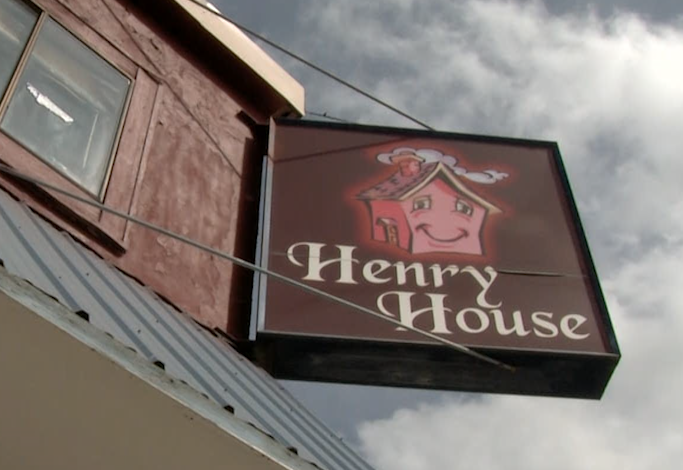 It’s easy to drive by the Henry House without noticing it. The nondescript exterior looks like many buildings on Third Avenue. But for the past decade, the inside of the building has witnessed the transformation of hundreds of men.

Since 2006, the Henry family has been helping former prisoners and others get back on their feet.

On Wednesday, U.S. Attorney Karen Loeffler joined her colleagues and people from the public defender’s office, the court system and the probation office to help repaint the inside of the Henry House.

“We’re all on the same page on this,” Loeffler said, adding that reentering society after prison can be particularly challenging in Alaska, where rent prices are higher than much of the Lower 48. “The more that people have an opportunity to have a place to live, have jobs and have healthcare, they can work on becoming contributing members of our society.”

For the last two years, the Henry House has been helping people like Marlin Sookiayak, who served two years in prison for assault.

“It’s pretty much a family for me,” Sookiayak said.

He said he takes life one day at a time, and is hoping to return to his village of Shaktoolik.

“My family is going to welcome me back to my village,” he said.

Kathy Henry, who owns the Henry House with her husband, said it would have taken them much longer to do the painting on their own.

“This is really touching,” Henry said. “They’re all going to get done in one day.”

The repainting is part of a larger campaign called National Reentry Week. U.S. Attorney General Loretta Lynch is encouraging U.S. attorneys around the country to do volunteer work that helps former prisoners reconnect with their communities.