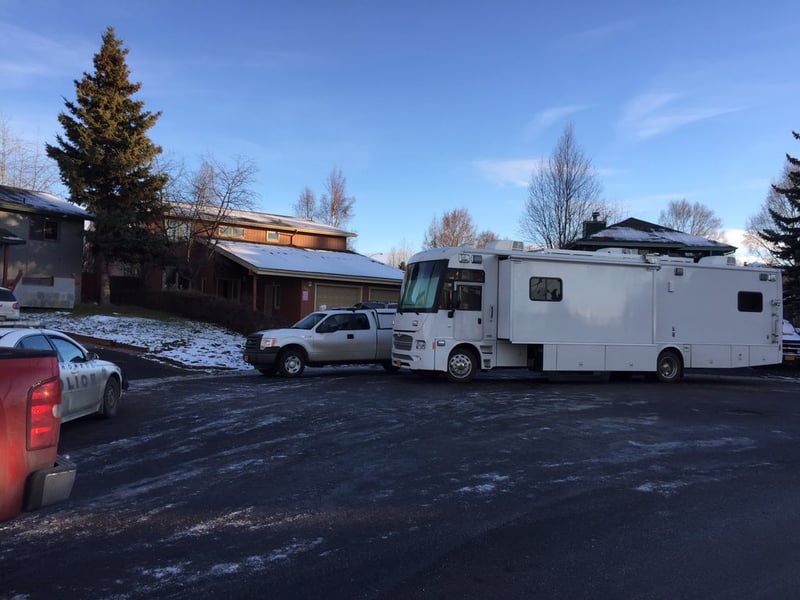 The license holder for an Anchorage assisted living home, where a caretaker was killed by a patient last November, could have to pay tens of thousands of dollars in fines to the state.

The Alaska Department of Labor and Workforce Development said on November 6, 57-year-old Glenna Wyllie was working alone at Eye to Eye Assisted Living Home (ALH) on Viburnum Drive, when a patient attacked her, beat her and strangled her to death. The patient was 25-year-old Gilbert Nashookpuk, according to the Anchorage Police Department.

The state agency cited license holder and operator Margaret Williams for making Wyllie work alone in the house with five people needing special care, knowing some of them had violent tendencies. They’ve also cited Williams for failing to report the death to the state within the required eight hours.

“We’ve determined that the employer was aware of significant, serious hazards in the workplace related to workplace violence, and failed to adequately protect employees at the site,” said Grey Mitchell, director of Labor Standards and Safety for the state. “Essentially, what that means is that we’re considering that the employer acted with plain indifference toward the safety and health of employees in the facility.”

Williams’ attorney, Steve Wells, spoke out on her behalf, saying the state is using Williams as a scapegoat. Wells said Williams has had a license to operate assisted living facilities for the last 15 years. He said the state wouldn’t give her extra funding to staff the home with a second person at night; she would have had to do that out of her own pocket. He also claimed the state didn’t tell Williams the details of Nashookpuk’s violent history when they placed him in the home.

“They couldn’t find any place else to put this individual, so then they don’t give her all the information, and so when he does act out in violence — and there’s no doubt that what happened is a horrible tragedy — when he does this, the state turns around and despite all of her efforts and requests and trying to get the best for her patients, they say ‘Oh this didn’t all work,’ and, ‘You know what? We’re gonna take your license and fine you a bunch of money,'” he explained.

The fines total $75,000. Williams has 15 days to challenge the allegations, which her attorney said they will do.

The authority responsible for regulating the home, the Department of Health and Social Services Division of Health Care Services, has also taken action against Williams. They wouldn’t describe the nature of the action taken against her, but said she’s currently appealing it.

Meanwhile, Eye to Eye ALH and the two other assisted living homes run by Williams continue to operate. The Division said they’re inspecting her facilities “regularly,” but wouldn’t say how often.

When KTVA tried to find out whether Williams was committing a violation by only staffing one caretaker with five residents, a licensing supervisor said there’s no required patient-to-staff ratio anywhere in their regulations. They “require the home employ type and number of care providers and other employees as necessary to operate the home.”

Through an open records request, KTVA found a complaint was made to the state, saying there weren’t enough staff members to take care of the patients safely at one of Williams’ homes. The state investigated and determined that complaint was not valid.

KTVA has previously spoken with past employees who say they quit working for Williams because they didn’t feel safe.