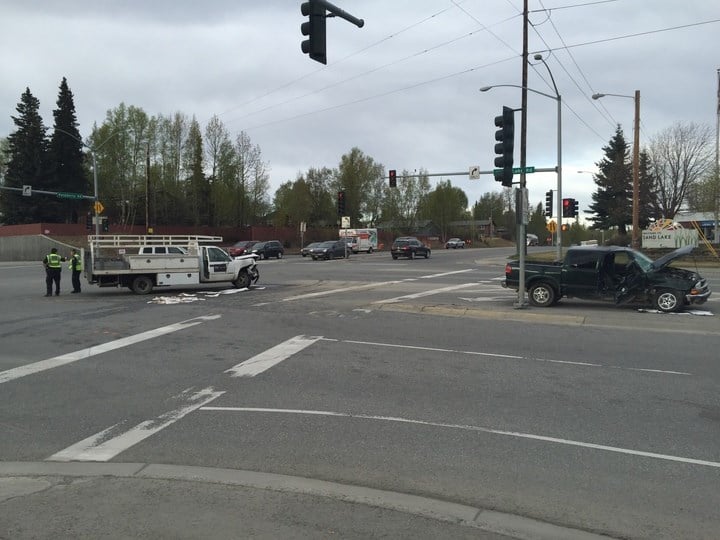 Anchorage police and fire crews responded to a crash with injuries involving two vehicles near the intersection of Jewel Lake Road and Raspberry Road around 8 a.m. Friday.

The northbound lanes of Jewel Lake Rd. were closed at Raspberry Road as crews worked to clear the scene. All lanes of traffic have been reopened.

Following an investigation, police determined that a green Chevy S-10 driving eastbound on Raspberry Road failed to yield to oncoming traffic before attempting to turn onto Jewel Lake Road, colliding with a white pickup.

One passenger in the green pickup was extricated from the vehicle and taken to a local hospital with “non-life threatening injuries,” according to Anchorage police.

The driver of the green pickup was given a citation for failing to yield at the intersection and for not having a valid driver’s license.

The driver of the white pickup had a green light at the time of the crash. No other injuries were reported.