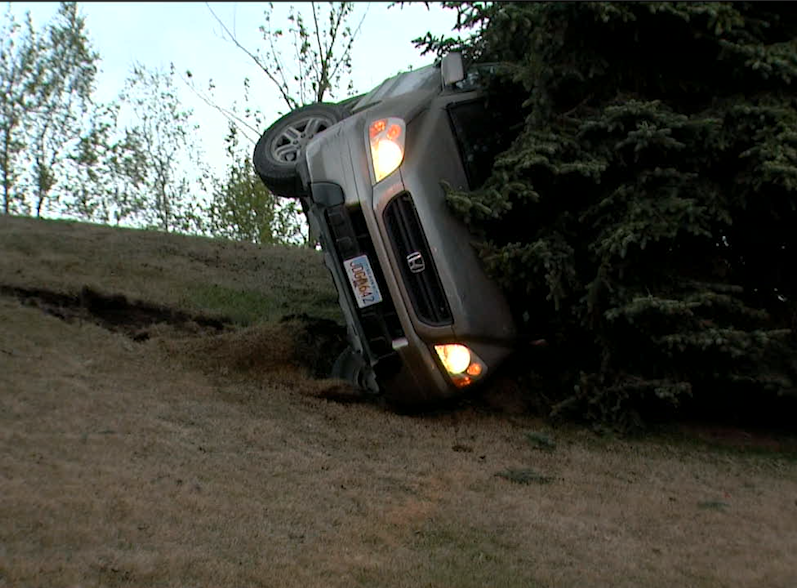 The Anchorage Police Department is searching for a woman who allegedly stole a car then crashed into a tree on Bragaw Street early Monday morning.

APD Sgt. Ty Witte said officers were dispatched to the crash and realized the Honda Pilot was stolen once they arrived on scene. He said according to a witness the vehicle began to fishtail and the driver lost control going south on Bragaw Street.

The woman was last seen by witnesses getting out of the vehicle and going toward Costco, according to the sergeant. Police were searching the area for the suspect.

He said the car was stolen Sunday monrning and is among others in a rash of car thefts in Anchorage.

“This is a good reminder to the public to keep your vehicle locked at all times,” Sgt. Witte said. “Never leave your keys in the vehicle.”