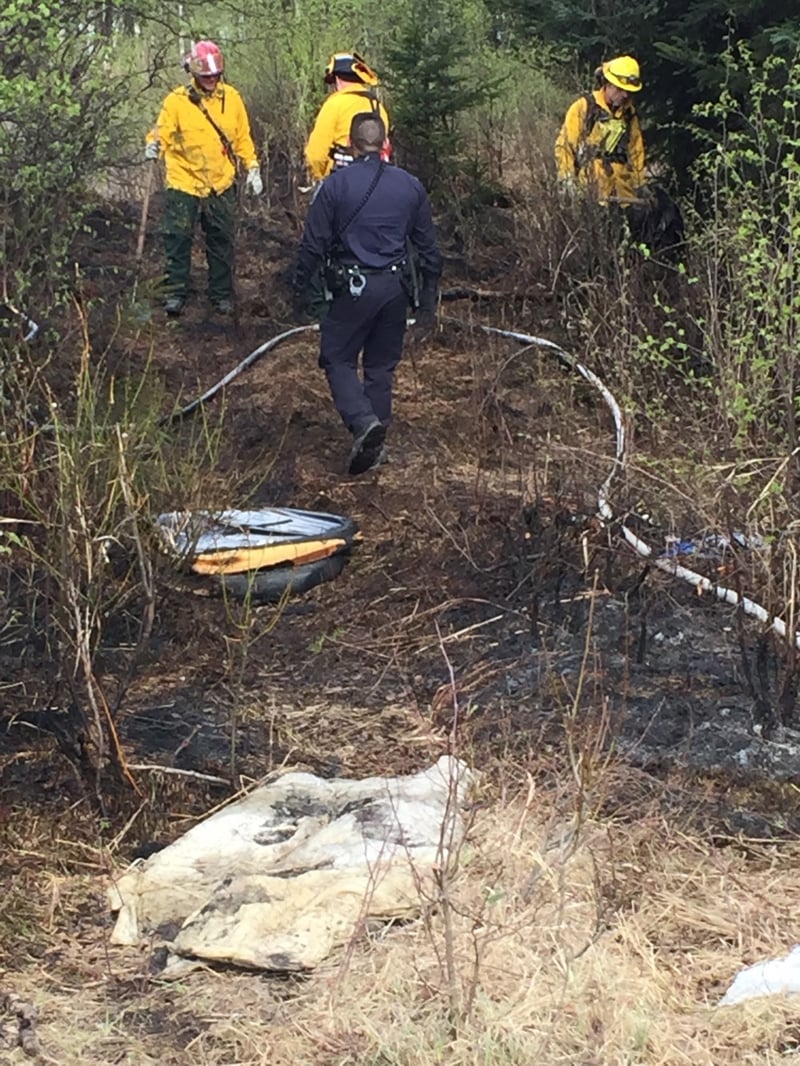 Multiple Anchorage fire crews responded to a wildfire at a wooded lot on Lore Road.

A resident across the road from the fire, which is located in a “wooded lot” on the 1700 block of Lore Road, called fire officials around 2:30 p.m. to report the fire, according to fire officials.

At least four units were dispatched to fight the “fairly large” blaze, which had grown to 100 feet across in one area.

A homeless camp was located at the site of the fire, and fire officials at the scene said the camp was likely the origin of the fire. No other structures in the area were considered in danger and no one was hurt.

The fire was contained within an hour of it being reported, fire officials said.

The post Fire on Lore Road grows to 100 feet appeared first on KTVA 11.