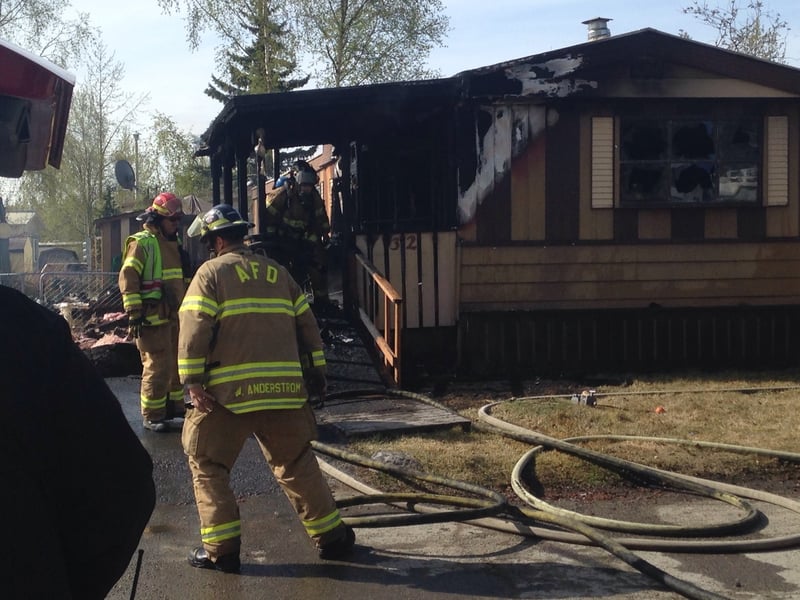 A Muldoon family lost their trailer home to a fire Monday morning.

The fire started around 10:30 a.m. at the Glencaren Trailer Court. A woman noticed smoke coming from her front porch and woke her son, who called 911.

Anchorage Fire Department Capt. Ryan Staten said the son tried to use a fire extinguisher to put out the flames but found out too late it didn’t have a pin. Staten said it’s a good reminder for people to make sure they have working smoke detectors and fire extinguishers they can count on.

“For anyone out there that has a fire extinguisher, be sure it’s within its date range to be used, that it has a pin, that it’s charged and it’s ready to go,” Staten said.

Investigators believe the fire may have started because of an electrical problem. Including smoke damage, the trailer appears to be a total loss, but no one was injured by the fire.