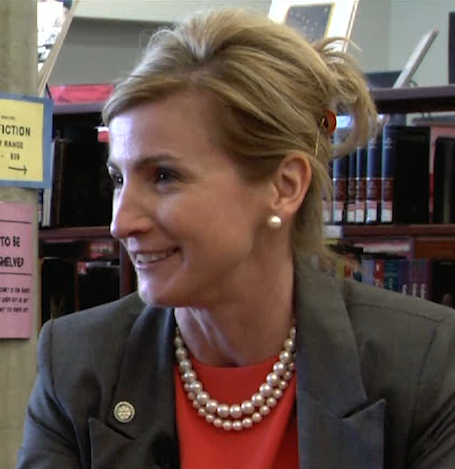 Dr. Deena Paramo has been named as the next superintendent of the Anchorage School District.

“Dr. Paramo is an innovative and compassionate leader with a strong commitment to public education,” said Anchorage School Board president Kameron Perez-Verdia in a statement. “The board was particularly impressed by her energy, innovative ideas and student-focused thinking.”

Paramo, who has a doctorate in education from the University of Oregon, most recently served as the superintendent of the Matanuska-Susitna School District and will take over from Ed Graff, whose contract was not renewed by the Anchorage school board. Paramo has been working as an educator for 25 years, starting as a teacher.

The school board will vote on a three-year contract for Paramo at its regularly scheduled meeting Monday. Her contract will begin July 1, but “some transition work” will take place in May and June before Graff leaves.

She’s stepping in at a tough time for the district. The state’s financial crisis means fewer dollars to work with.

“I don’t take hard times in budgets as a sign that we step back on kids at all,” she said. “Think about parents and their own budgets. Around our state, some people are losing their jobs. That’s a reality. But I don’t think they’re going home to their kids and saying, ‘I’m gonna be less of a parent because I don’t have a job,’ that’s absolutely ridiculous. And we are gonna be no less of a school district and offer students choices and opportunities because they don’t have a second chance — this is where they start and we want them to finish with us as well.”

“I’m hoping that we get more creative, and out of that creativity, that we really listen to every resource that we have,” she said. “I think there are a lot of opportunities for collaboration that maybe haven’t been taken advantage of as much as possible.”

The position comes with a significant pay raise for the district. Graff made between $180,000 and $190,000 per year. Paramo will be making $235,000 annually during her three-year contract.

“The board did a fairly comprehensive look at what superintendents were paid at districts of this size and feel like this is a really competitive salary,” said board member Kameron Perez-Verdia.