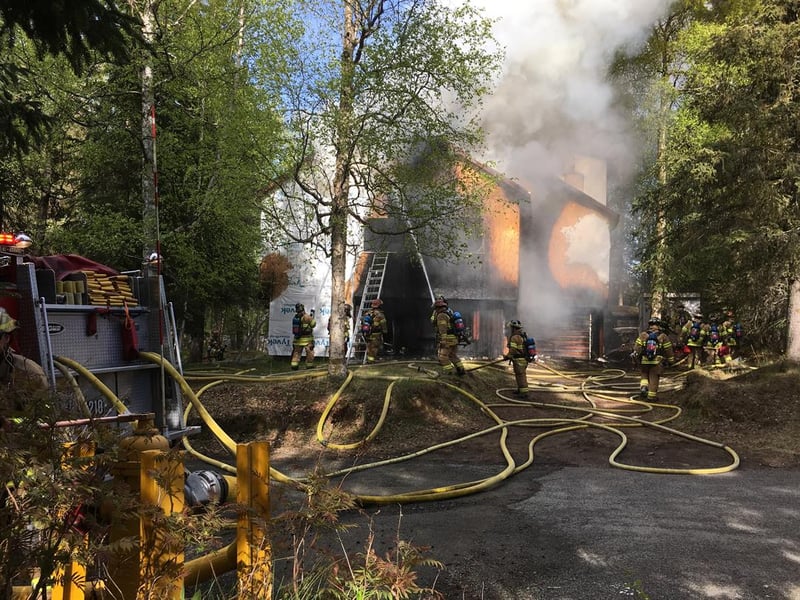 The Anchorage Fire Department battled a house fire near the intersection of Northwood Drive and W. 32nd Avenue Tuesday evening.

The fire was reported at 5:48 p.m. at a three-story residence, according to fire officials. AFD dispatched 14 units to the scene to fight the blaze. The exterior of the home was visibly damaged by the fire, and flames could be seen through holes in the roof before the fire was contained and the “all clear” given.

No injuries were initially reported in connection to the fire, but officials at the scene confirmed one cat had died and two were unaccounted for.

The Red Cross of Alaska was contacted by AFD and is headed to the scene to provide assistance for five people, which included two owners and three renters, according to Red Cross spokeswoman Beth Bennett.

Red Cross volunteers are heading to the scene of a single home fire off Northwood Dr in Anch to provide support to five displaced residents.

This is a developing story. KTVA 11’s Daniella Rivera is at the scene and will provide updates as they become available.

Correction: An earlier version of this report stated three cats had died in a two-story home. Both facts have been corrected.