FRANKLYWNOW - Hundreds of road projects planned for Anchorage this summer

Hundreds of road projects planned for Anchorage this summer 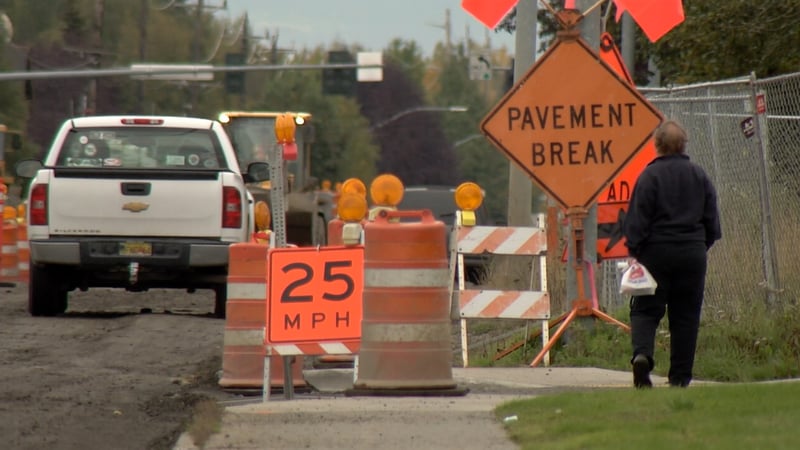 The traffic headache thousands experience every summer is going to get worse before it gets better. This summer alone, there are more than 200 construction projects planned for Anchorage by a handful agencies.

“It’s really important to emphasize that despite what folks in Juneau might think, this city is growing and building and it’s going to be able to take advantage of the opportunities that are coming our way,” said Anchorage Mayor Ethan Berkowitz.

This won’t be the biggest road construction season Anchorage has ever seen, but it will be busy.

“There should be a lot of men and equipment out working all over town,” said Anchorage Project Management and Engineering Director Jerry Hanson.

Hanson showed KTVA 11 News a map of all the different projects happening across Anchorage. At first glance, it appeared it would be nearly impossible to escape the construction while driving around town this summer.

“It looks like it’s just going to be wild, but it’s not as bad as it looks,” Hanson said.

That’s because not all the construction will take place at the same time, planned to have the lightest impact on drivers as possible.

John Smith is the project manager for the municipality’s West Dimond road project, which began construction earlier this spring. Crews are getting ready to put in two new roundabouts, bike lanes and an innovative storm water collection system.

“Because we have ideal soil here, it will allow the storm water to percolate back into the ground rather than having to discharge that storm water through an outlet pipe,” Smith pointed out.

The post Hundreds of road projects planned for Anchorage this summer appeared first on KTVA 11.