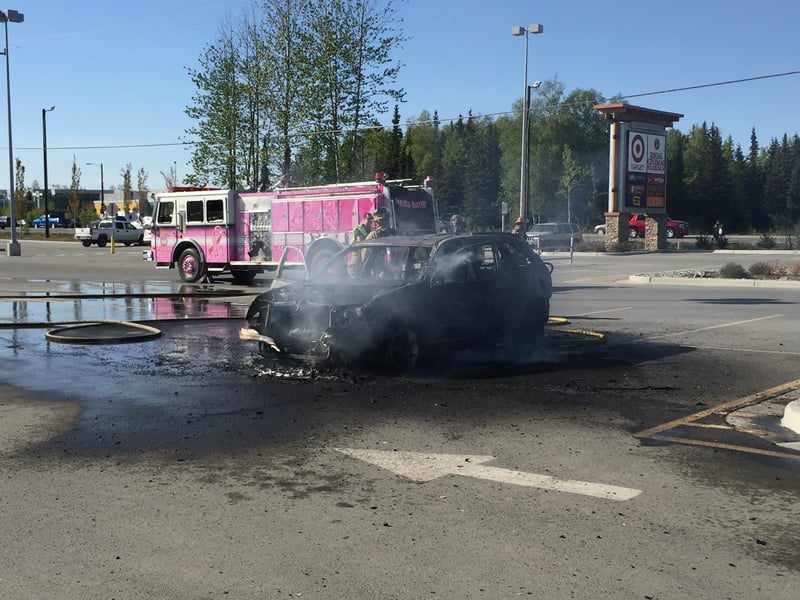 Crews with the Anchorage Fire Department responded to the Tikahtnu Commons parking lot around 5:30 p.m. Friday after receiving reports of heavy smoke.

When they arrived, a car was found fully engulfed in flames. Firefighters on scene said the owner was having mechanical problems. He said he lifted up the hood and the fire broke out.

No injuries were reported as a result of the fire. Crews on scene called the car a “total loss.”