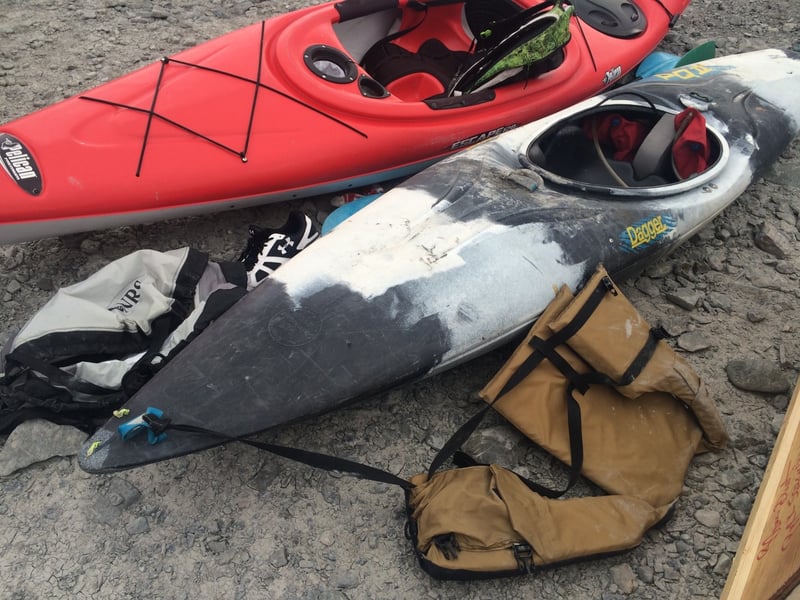 Crews with the Anchorage Police and Fire Departments, as well as the Chugiak Fire Department, have responded to a report of a missing kayaker at Eklutna Lake.

The male kayaker was reported missing at 4:50 p.m. Monday, according to AFD spokesperson Jodie Hettrick. He was kayaking with another person when he capsized, witnesses told officials. Two bystanders attempted to help him out of the water, but were unsuccessful.

Hettrick said crews’ efforts turned from search and rescue to recovery of his body later in the evening. The search was then called off.

Crews recovered only his boating gear, including his life vest, confirmed Hettrick. AFD dive team members were on scene to assist in the search, but officials said their equipment only allows them to go 60 feet deep. The lake is 300 feet deep in some places.

Dan McDonough has been renting out kayaks at Eklutna Lake for more than 20 years. He said safety starts with a life jacket.

“With a life jacket you’re always going to float. You might not be happy about it, but you’re going to float and that is the key part – to be able to be seen and be able to float,” McDonough said. “The unknown and unthinkable can always happen at a moment’s notice so it’s necessary to have the proper safety equipment.”

He said they also have the right kayaks for the conditions on the lake, including sea kayaks. They are more stable and can handle the sometimes windy, wavy conditions. McDonough said they also recommend first timers limit their rental to two hours and they never let anyone go out alone.

“Over the years we’ve had people tip boats over and they’ve either been with somebody that has gotten them to shore or they’ve always had their life jacket on and they’ve gotten to shore,” he said.

Located about 30 miles outside Anchorage, Eklutna Lake is a popular destination for both summer and winter activities, including kayaking.