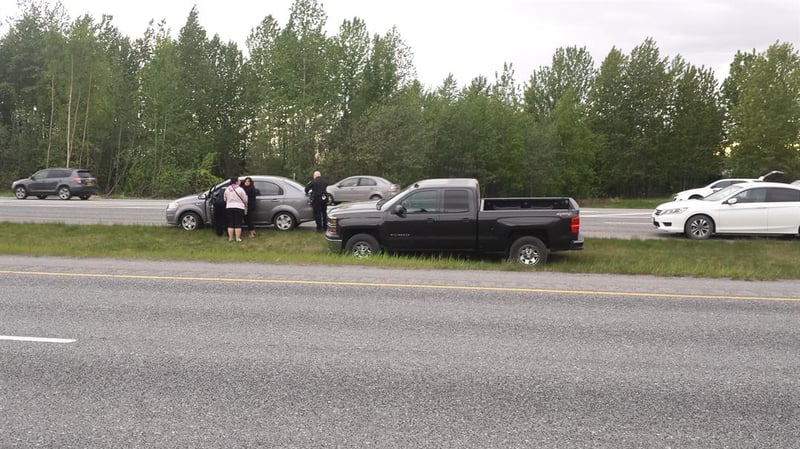 A female pedestrian was in critical condition but conscious and talking” to police after being struck by a vehicle on the New Seward Highway Monday evening. Police closed all southbound lanes following the crash, rerouting traffic to the O’Malley Road exit.

The crash was reported at 7:24 p.m. Police spokeswoman Renee Oistad said the victim was illegally crossing the highway away from any crosswalk when the collision occurred.

Oistad said the woman was transported to a nearby hospital and listed in critical condition.

“The road will be re-opened once we receive word from the hospital that she’s stable,” Oistad explained. “If her condition deteriorates and she does not survive, then there will be a more lengthy investigation in which case the road closure could last a few hours.”

The driver of the vehicle involved remained at the scene and was cooperating with police, according to Oistad.