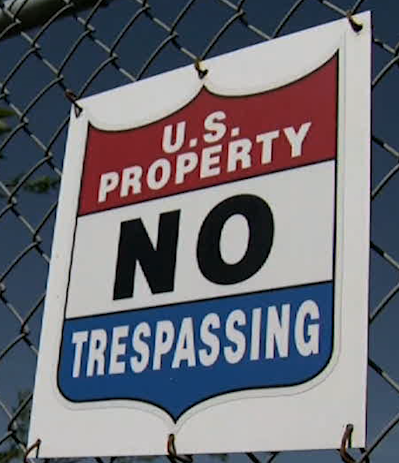 Nine acres of federal land in the heart of Anchorage will soon be up for development. Congress passed land-transfer legislation, approving sale of the land to the municipality at fair market value.

The land, once property of the National Archives and Records Administration, is located next to Cuddy Family Park behind the Lowe’s home improvement store on Tudor Road. The nine-acre plot is currently fenced off.

Mayor Ethan Berkowitz said the price tag is expected to be $3 to $4 million. The law mandates the land must be sold to the municipality, which will then sell it to developers. The mayor said it’s a good opportunity to make something out of a lot that’s been vacant for a long time.

“Nine acres is a big chunk of ground and when you have nine acres, you can do things that you can’t do on a smaller parcel,” Berkowitz said. “This is a good day for Anchorage. Lots of people worked a long time to make this happen. The prior administration did, the delegation did, and I think it’s a good sign of what can happen for the city and the state and the country when the people put partisanship aside and work on getting towards results.”

Alaska Sen. Dan Sullivan said he’s glad to see the legislation headed to President Barack Obama’s desk after being held up for years in Senate gridlock.

“This legislation has a number of concrete benefits for all stakeholders: Taxpayers will see the sale of the land go toward paying down the federal debt and streamlining the long, costly administrative process, the archives will be able to offload a property it no longer needs, and the municipality will be able to acquire a valuable plot of developable land, which is increasingly scarce in the Anchorage area,” Sullivan said. “This legislation is long overdue.”

Alaska Rep. Don Young also worked on the legislation in the House. He called its passage a win-win.

“This legislation is a prime example of how Congress should work – identify a problem or issue, build broad support and pass commonsense solutions on behalf of your constituents,” he said. “After more than three years of working on this legislation, I’m very excited to see this land in the hands of the municipality.”

Berkowitz said in order for the deal to work, President Obama has to sign the legislation and then the municipality needs to secure funding before buying the land.