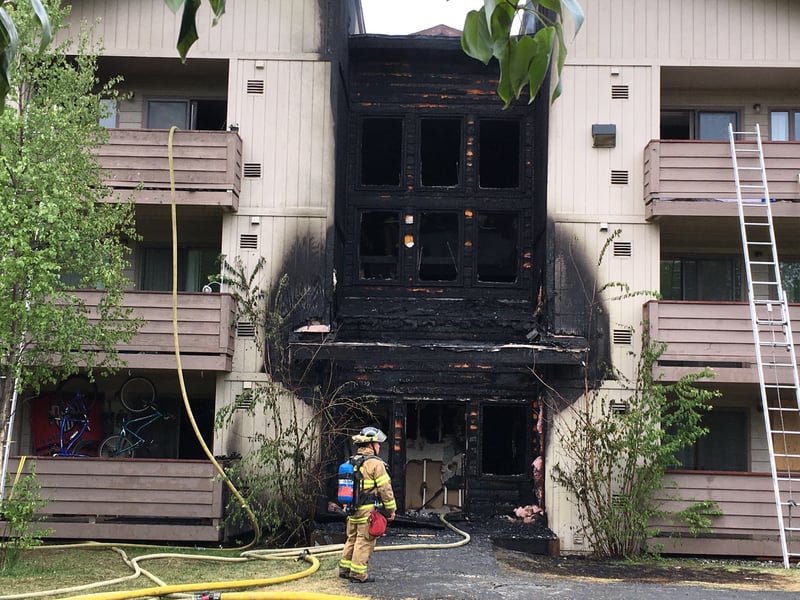 Notice about the fire was first heard over the scanner around 5:30 a.m. About 15 fire units responded to the blaze, AFD Capt. Mike Guest said. The fire was contained by about 6:30 a.m., according to AFD spokeswoman Jodie Hettrick.

Guest said when crews arrived the building’s residents were already evacuating, although, he added, six people had to be rescued from the third floor.

No one reported injuries.

Hettrick said about six units in the building were affected.

Neither Guest or Hettrick would elaborate on the cause of the fire, but said an investigator was on scene.