UPDATE: 12-year-old who left note for his family located, safe 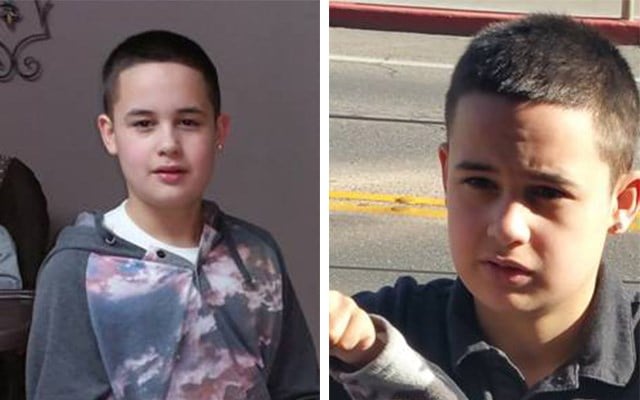 Kayden O’Neill has been located and is safe, according to the Anchorage Police Department.

A 12-year-old boy left a note for his family, saying he would not returning home for two weeks after a verbal argument with at least one family member.

Anchorage police said Kayden O’Neill was last seen leaving his home in the area of East 26th Avenue and Boniface Boulevard just after 9 p.m. on Monday. He left on foot and hasn’t been seen or heard from since, his family told police.

Kayden is 5 feet 2 inches tall, weighs 112 pounds and has brown hair and brown eyes. Police said they did not have a description of his clothing.

Anyone who has information on his whereabouts is asked to call police at 786-8900.

The post UPDATE: 12-year-old who left note for his family located, safe appeared first on KTVA 11.