FRANKLYWNOW - On a roll: Anchorage cyclists take part in Bike to Work Day

On a roll: Anchorage cyclists take part in Bike to Work Day 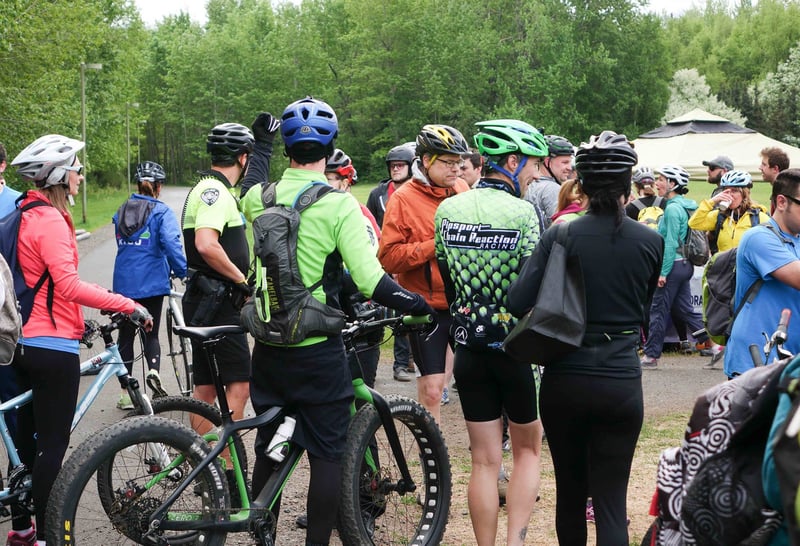 A large crowd gathered at the "Bacon Station." Because, bacon.

Even dogs came out to the bacon station!

Hula-hooper at the Anchorage Park Foundation station at Westchester Lagoon.

Thousands of commuters chose to pedal to work this morning — opting for two wheels instead of four.

Cyclists took to the trails for the annual Bike to Work Day. Participants say the event allowed them to meet new people on their commute — and get their heart rate going early in the morning.

More than 40 stations were set up around town to offer commuters a chance to re-fuel.

That includes the bacon station at Woodside Park — where Mayor Ethan Berkowitz stopped by. The mayor is implementing a new plan, called Vision Zero, to make Anchorage a more bike-friendly community.

“I like the improvements that Anchorage is doing for us,” said Bonnie Dorman, who pedaled to work on Wednesday. “We just saw some new improvements when we were riding bikes downtown. I really appreciate that they’re taking that effort to do that for us.”

Wednesday’s event was part of the larger Bike to Work Week, which promotes cycling as a healthy and eco-friendly alternative to commute.

The post On a roll: Anchorage cyclists take part in Bike to Work Day appeared first on KTVA 11.