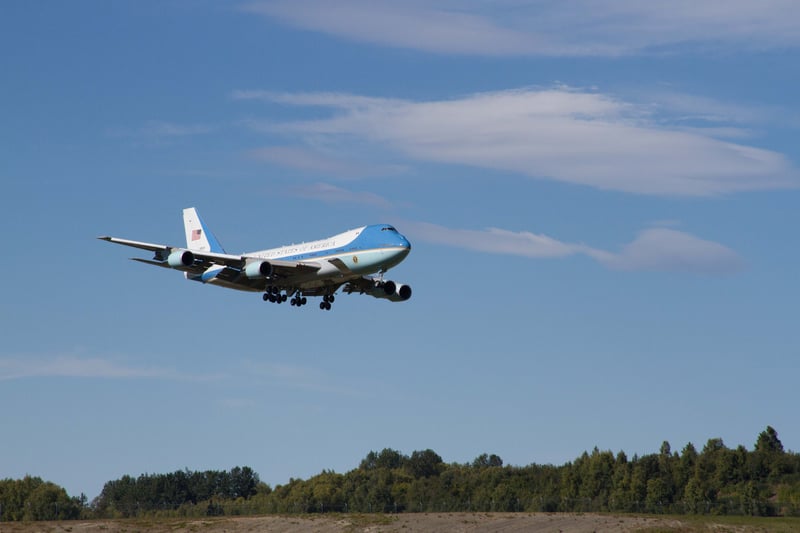 The restriction was supposed to be in place Thursday for the airspace near the Ted Stevens Anchorage International Airport and the Lake Hood Seaplane Base as President Barack Obama landed for what could have been his last visit to Alaska as a sitting president.

Parrott said he has heard unofficially that the winds and weather conditions were favorable so the president would not have to stop in Anchorage.

Earlier Thursday, the flight restriction was available to pilots through the Federal Aviation Administration’s (FAA) online NOTAM, short for notice to airmen, system. The notice type was listed as “VIP.” According to the notice, it was to be in effect from 3 p.m. to 6 p.m.

The FAA is in charge of issuing and canceling flight restrictions, Parrott said. He didn’t know the exact time the restrictions were lifted, but said he was quite confident that the president won’t be in for a pitstop as a result.

“If the temporary flight restriction has been canceled, it’s very unlikely that he’d be stopping here,” Parrott said.

Parrott, who said he’s been with the airport for 18 years, remarked this would have been the first time in his tenure that a president would have stopped at Ted Stevens. Typically, Air Force One makes its pitstop at Joint-Base Elmendorf Richardson, Parrott said. For reasons unbeknownst to him, that’s not the case this time.

He said this sort of thing happens all over the Lower 48, so it’s nothing out of the ordinary. Parrott wouldn’t comment on what extra security measures were taken, but confirmed that Secret Service personnel were on hand early Thursday.

When asked Thursday morning how it felt that what could have been Obama’s last visit to Anchorage as president would be at his airport, Parrott said he really hadn’t even thought of it in those terms.

“It’s just another day at the airport,” he said.