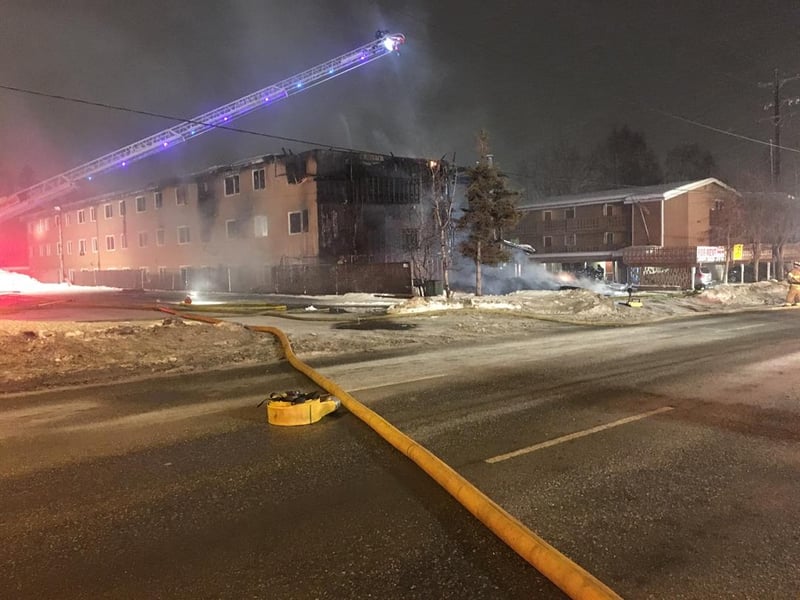 The Royal Suites Lodge was not a safe place to live, even before Wednesday’s deadly fire, according to some residents.

Data from the LexisNexis Community Crime Map, show there have been at least seven police reports from in and around the Royal Suites Lodge since May. Two of the calls were for resisting arrest, with others for possession of illegal drugs, disorderly conduct and drunk problems and felony possession of a weapon.

Rocky Douglas and Esther Okpeaha have lived at the apartment building for six years. They said they didn’t always feel safe in their own home, or letting their four children play outside.

“We kept to ourselves in our apartment more than 90 percent of the time because we know what’s going on within the two buildings,” Douglas said.

Despite the concern, the couple said they were thankful to have a roof over their heads. Now that it’s gone, they aren’t sure where they will stay once they leave the Spenard Recreation Center.

Gary Zipkin, an attorney representing the owners of the apartment complex, said residents are being offered lodging at the Black Angus Inn on Gamble Street.

Zipkin said people displaced by the fire can stay there for free for up to 30 days. He said, so far, about four families have taken them up on the offer.