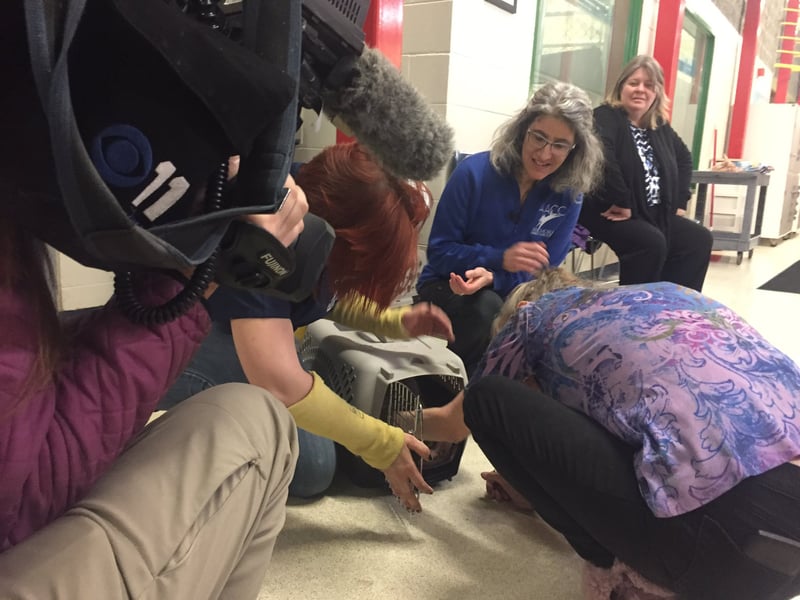 Still unable to get into the burned Royal Suite Lodge apartment building to look for any belongings that might have survived the flames of Wednesday’s blaze, residents like Debbi Erickson spent Thursday trying to get back on their feet.

She went and got a new ID and then went to work.

“I went to work today and I just got so much hugs and love, and everybody’s just happy to see that I made it out alive,” she said.

Everyone who lived there lost something. Some, more than others.

Erickson says she’s lived through traumatic events, like being robbed at gunpoint, but has never felt the kind of fear she felt early Wednesday morning.

“I heard screams, and breaking glass, and more screams — blood curdling, death-defying screams, because there are people dying.”

When she opened her front door, she saw glass falling and fire coming down the hallway. Her first thought was her pets: two cats and two birds.

“I took a cat out, got my birds, took them out,” she explained. But when she went back in for the other cat, she almost didn’t make it out.

“Went to the door, it wouldn’t open. It swelled shut. Fear set really in,” Erickson said.

She says she went to her first-floor window and saw people jumping from the upper-level apartments. That’s when a police officer broke her window. She threw the cat, then climbed out to safety.

Erickson spent the first night with a friend. She thought she’d lost everything, including her Siamese duo, until her friend’s daughter found one of the cats listed as found on Facebook.

H&R Block donated litter, a cat box, food and toys, and paid the fees for her to get the cat back.

Erickson says she knows several of her neighbors are worse off, and she’s simply grateful to be alive and reunited with one of her pets.