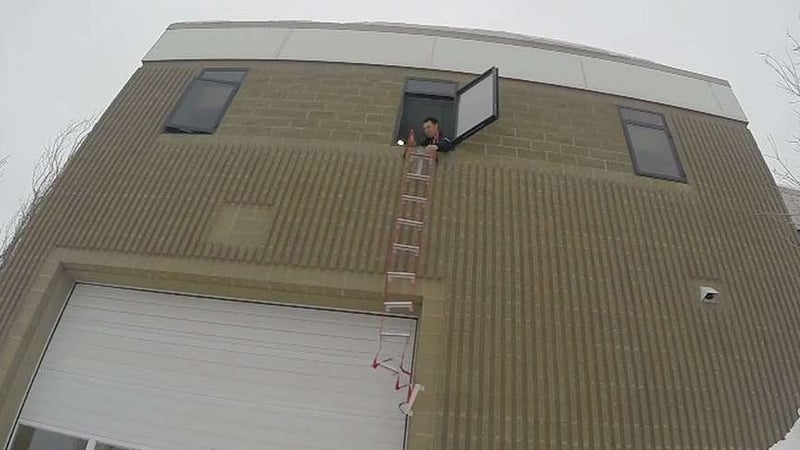 As flames tore through the Royal Suite Lodge apartment complex, family members of Tre and Teuaililo Nua say the parents’ first reaction was to get their girls to safety.

As the fire quickly grew, Tre tossed the girls from the third floor unit onto a snow bank, then tried to lower his wife down to safety. At some point, Teuaililo, or Teu as her friends call her, dropped to the ground and was killed.

“When she hit the ground, she hit on her shoulder and her head,” neighbor Brieanna Brooks said. “She was unconscious right then and there. She never moved again.”

The morning of the fire, Brooks recalled the harrowing sight. She said it’s one she can’t forget.

“He was laying on top of her saying, ‘Please baby, get up, get up,’” said Brooks, tears streaming down her cheeks.

The fire moved so quickly that tenants said there was little time to react.

“The third floor, the first several apartments it was go out the windows or die,” resident Bob Miller said.

Firefighters say families need to be prepared for these exact situations. That’s why they recommend having an escape ladder in your home.

“If you’re above the ground floor in a residential structure with multiple units you have to start thinking about that you have two options: You can go out hallway and egress out the main door or you have windows,” Anchorage Fire Department Sr. Cpt. Brian Partch said.

Partch advises people to keep one under their bed next to a window. It’s also important to make sure you know how to use it, because that will save time in an emergency.

“Just peak out and look and see if there are any hazards or anything outside your window so you don’t throw your ladder over an electrical line,” Partch demonstrated. “Hook it on the ledge, spread the legs out make sure it’s as wide as it can be.”

He said each floor of a building can be 10 to 12 feet; a three-story unit can be about 30 feet high.

Partch said a ladder can get you closer to the ground to make it relatively safer to jump, or it can get you away from immediate danger until help arrives.

“Our goal is just to get people out to a safe area so then we can do our job to mitigate the emergency and make sure people are safe,” said Partch.

Firefighters said it’s important to have every option available when your life is on the line.