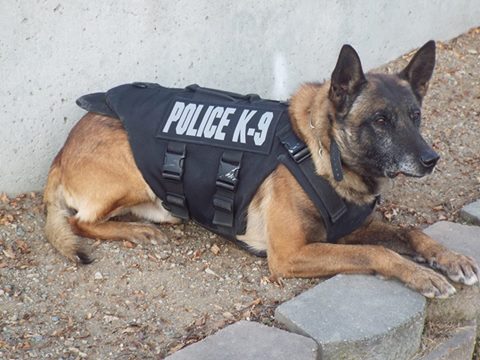 The Wasilla Police Department says one of their K-9s died suddenly this weekend.

According to a Sunday statement the agency’s Facebook page, 8-year-old K-9 Marshal “became suddenly ill during the night.” Surgery was attempted shortly after, and an aggressive cancer was discovered.

“Marshal did not make it,” police wrote. “Marshal served the city well and was loved by his partners. We thank him for keeping us all safe on many dark nights. Rest in peace our four legged brother.”

Marshal was trained to locate drugs and take down suspects, including one man who attempted to flee police by hiding up in a tree.

“In the approximate six and half years that K9 Marshal worked the streets of Wasilla he conducted 632 deployments that consisted of tracking suspects, building searches, exterior open air searches, evidence searches, and sniffs for illegal drugs and even a few tracks and searches for lost or mentally distraught subjects,” a statement on WPD’s Facebook page said. “All while his handler was still responsible for other regular patrol duties and investigations.”

According to the department, Marshal had a high pain tolerance and will to work, demonstrated on more than one occasion.

“As an example of Marshal’s motivation and dedication, K9 Marshal completed his initial certification with a broken leg that was unknown at the time but soon healed. During recent exams and X-rays, it was discovered, K9 Marshal had suffered and healed from a broken sternum but continued working without showing any signs and symptoms of the injury,” Wasilla police wrote. “Nor until his last day of his life, did he show any apparent signs or symptoms of the cancer that was growing inside him.”