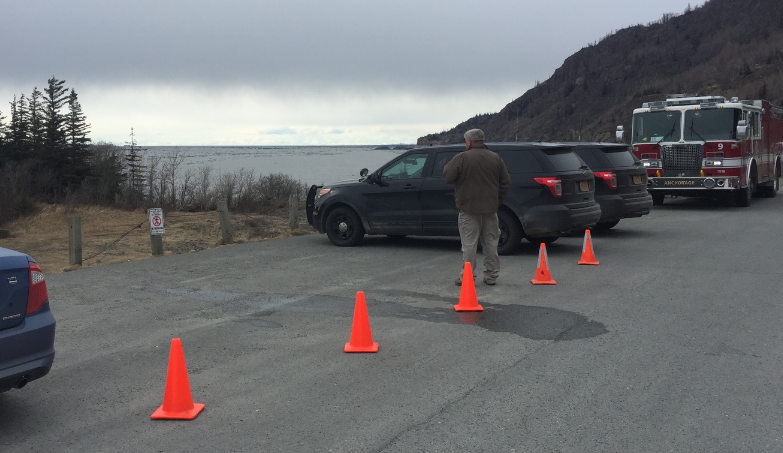 Alaska State Troopers say a man’s body was found near the shore at Beluga Point Monday afternoon. They later announced it had been positively identified as 36-year-old Kevin Thibodeau, a suspect in a two recent cases.

The Anchorage Fire Department responded to the area after troopers forwarded them a call from an individual who said they had found a person in the water and didn’t know their condition, according to AFD District Chief Erich Scheunemann. He said the call came in at 3:21 p.m.

Scheunemann said the man was in “rocky terrain,” when the AFD Rope Rescue Team arrived. After reaching him, they determined he was “beyond resuscitation,” according to Scheunemann.

The man’s body was recovered and handed over to the State Medical Examiner’s Office in Anchorage, which confirmed Thibodeau’s identity and will conduct an autopsy, according to Alaska State Troopers.

Thibodeau was last seen at Beluga Point on April 5, when a man told police he came across Thibodeau with a gun. Thibodeau allegedly threatened the man, and when the man fled, he said he heard a gun being fired. According to court documents, Thibodeau had texted his wife that he was going to take his own life at Beluga Point after talking with police earlier that day about accusations that he filmed a naked child.

The investigation into Thibodeau’s death is ongoing, according to troopers. Anyone with information is asked to contact troopers at 907-269-5511.