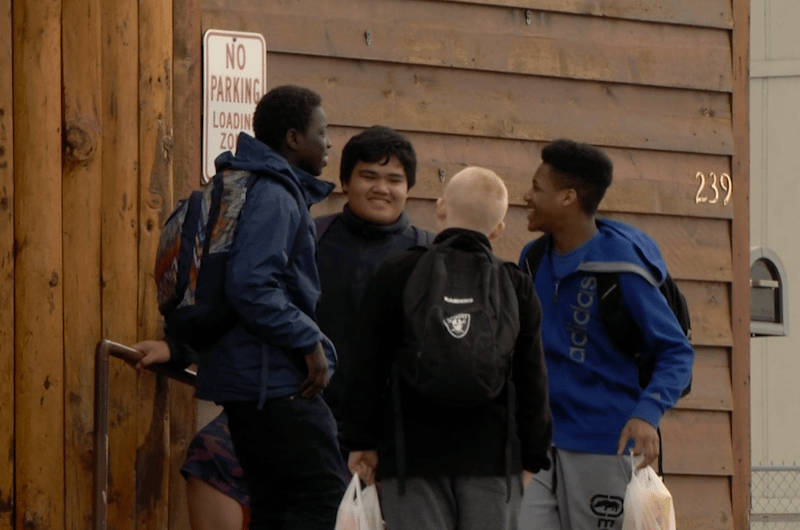 A group of Anchorage parents says too many young people are dying in the streets. On Monday, they asked the Mountain View Community Council to help them do something about it, starting with better enforcement of the municipality’s curfew for minors.

There’s nothing new about the Anchorage law. It’s been in place since 1996, but the problem, according to the group North Anchorage Supreme Parenting (NASP), is that that they feel the citywide curfew isn’t being enforced. They’d like to see that change and say when young people are out on the streets late at night, they can get in trouble or become victims of crime.

The group first formed last July when four young people were shot and killed in Anchorage within five days. They feel stricter curfew enforcement could have saved lives.

“The purpose of the curfew is not to just to stop all the violence. It’s to do something in the immediate to address the babies,” explained Kokayi Nosakhere, a member of the NASP. “So if you are 16 and under, get you in the house so that we’re not worried about you, and then we can deal with the more complex issues around the 18, 19, 20, 21, 24, 25-year-olds who are doing the active killing.”

The parenting group asked the community council to support them in their push for stricter curfew enforcement by the Anchorage Police Department and the launch of monthly family days to help teens get more involved in their community.

Right now the law says anyone 16 or under can’t be in a public place or on public property from 11 p.m. to 5 a.m. Sunday through Thursday, and 1 a.m. to 5 a.m. on weekends or through the summer months.