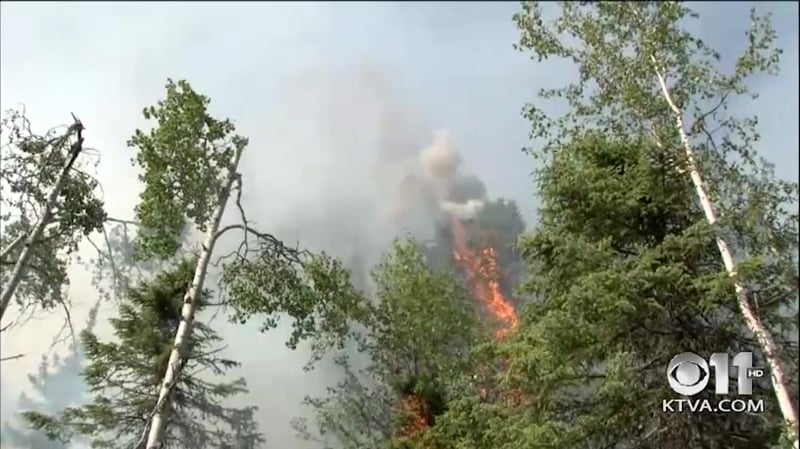 Behind closed doors in the Palmer Courthouse, jury selection is underway this week for the Sockeye Fire trial. The 2015 wildfire destroyed 55 homes and scorched more than 7,000 acres.

Greg Imig and Amy Dewitt are facing charges for the blaze, which investigators believe started on their Willow property. Authorities say Imig and Dewitt both face “a variety of charges” — three counts of reckless endangerment, criminally negligent burning, failure to obtain a burn permit, burning without clearing an area, allowing the spread of fire and leaving a fire unattended.”

“I don’t know how you pay back for the devastation that they caused,” said Carrie Smoldon.

Her family was one of the lucky ones. The Sockeye Fire burned 80 percent of their land, but didn’t claim their house.

“It’s hard. Here I am almost 2 years later and I’m still emotional over it,” Smoldon said.

Court documents show prosecutors and defense attorneys have gone back and forth for months about what evidence they can show jury members.

State investigators with the Division of Forestry say the fire originated in a “burn pile/ash pit.” But the prosecution wants to show the jury evidence of used fireworks on the property, to show a pattern of disregard for the burn ban and negligence.

Defense attorneys successfully argued they shouldn’t be allowed to, as fireworks aren’t the suspected cause.

Documents also state that one of the defense’s experts says he can’t rule out the possibility that the fire started because of electrical activity in a generator shed.

Smoldon says victims of the fire are ready to put the trial behind them.

“It’s kind of like this big open end. It’s time for some closure,” Smoldon explained.

She and other victims of the fire plan to attend at least parts of the trial and hope to get a chance to speak to the judge and the defendants.

Both Dewitt and Imig have their own defense attorneys. Neither could be reached for comment Tuesday.